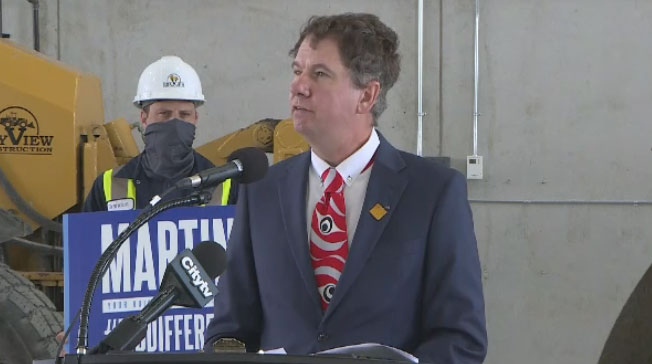 A Progressive Conservative MLA, who recently threw his hat in the ring of the Tory leadership race, has withdrawn his name from the ballot.

On Wednesday evening, Shannon Martin posted a statement to Twitter saying his campaign came up short.

“We swung for the fences, & while we may have come up short, we tried, we stepped up,” Martin’s social media post said.

“And we put forward a realistic vision that didn’t reinvent the wheel but instead reflected MBs.”

Martin noted that he’s in “awe” of the positivity he received, adding that his campaign was not about power, but about principle.

“It was my belief that we need to chart a new path & that could not be achieved without a [fulsome] contested campaign,” he said in the statement.

Martin’s announcement came just after the 5 p.m. deadline to sell the required number of memberships needed to enter the race.

Goertzen will remain in the role until a new leader is chosen on Oct. 30.