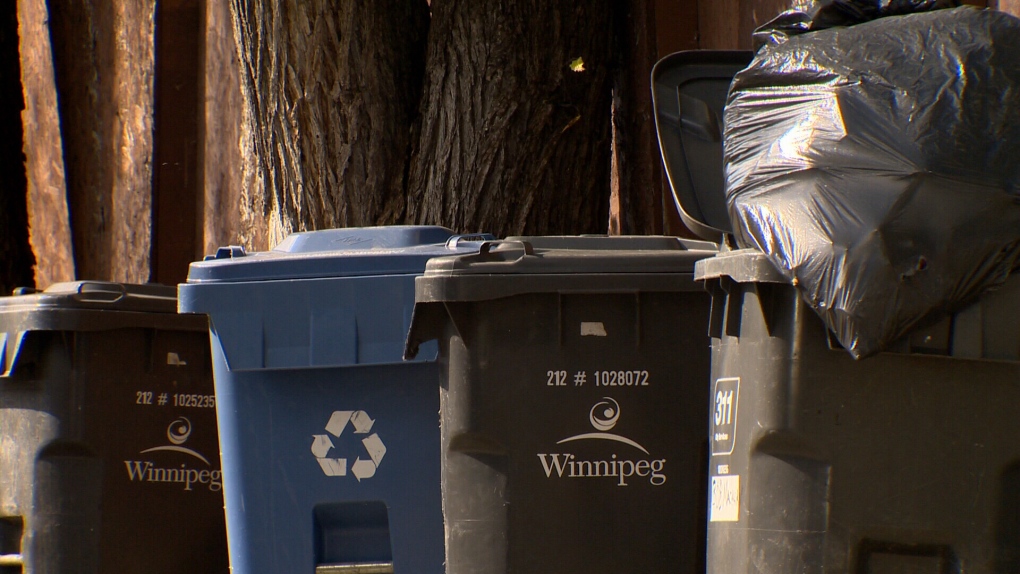 Gilroy said a building in her ward didn't have a garbage bin at all, leading to a pile-up of trash and excessive litter. (Source: CTV News Winnipeg)

Cindy Gilroy is calling for the city to mandate a minimum number of garbage bins on the properties of multi-family residences after a garbage pile-up in her ward.

Gilroy said a building in her ward didn't have a garbage bin at all, leading to a pile-up of trash and excessive litter. When she tried to figure out what was going on, she discovered the building's garbage collection was not under the city's jurisdiction.

She said the building had hired private contractors that were negligent, and that there was nothing in the city by-laws to protect residents from falling through the cracks.

Gilroy wants the city to decide who gets municipal trash collection and who doesn't.

"In order to get an occupancy permit, we have to know they have to have a garbage bin in mind. And I think that that will deal with a lot of the inner city garbage that we're seeing."

The motion was one of three made by Gilroy at the council meeting. The first called for a bylaw change that would allow demolition permits for residential buildings to be approved without the currently required public hearing.

She also wants to allow more fines for neighbourhood livability bylaw offences to be added to property tax bills. All three motions will be referred to committee meetings following the Oct. 26 municipal election.

Businesses in Canada will soon be able to pass credit card fees on to their customers, thanks to a multimillion-dollar class-action settlement involving Visa and Mastercard.

Price at the pumps hold no surprise this morning, with national averaging slipping

Drivers across Canada were bracing for a big bump in the price at the pumps today, with whispers of a 10-cent hike. But according to the CAA's gas price tracker, as of 4 a.m., the national average price of gas slipped from $1.64 per litre to $1.61.

Russian President Vladimir Putin has signed laws formally absorbing four Ukrainian regions into Russia, even as its military struggles to control the territory that was illegally annexed.

This year's Nobel Prize in chemistry has been awarded in equal parts to Carolyn R. Bertozzi, Morten Meldal and K. Barry Sharpless for developing a way of 'snapping molecules together.'

When you eat may dictate how hungry you are, study says

We all know that eating later in the day isn't good for our waistlines, but why? A new study weighed in on that question by comparing people who ate the same foods -- but at different times in the day.

Wood from primary forests in British Columbia has been used to fuel the U.K.'s largest power plant, according to a BBC investigation; the company denies the allegations.

Scientists have uncovered an association between tumours and fungi, which may lead to a deeper understanding towards the biology of certain cancers.