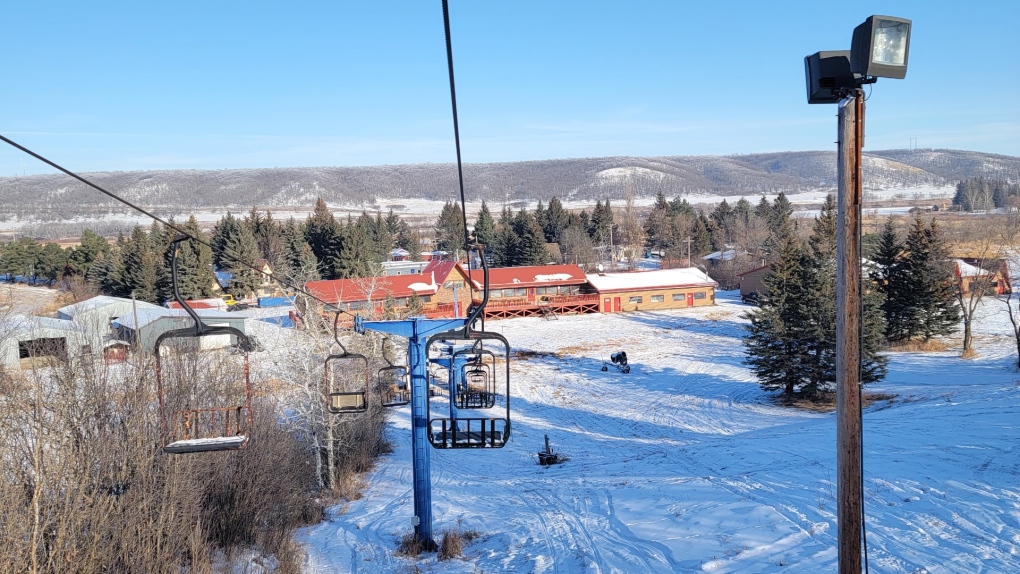 Holiday Mountain in La Rivière, Man., is set to reopen in the 2022/23 season. (Source: Abe Sawatzky)

One of Manitoba's most popular ski hills, which had been shuttered by drought last year, is set to reopen this winter under new ownership.

The Holiday Mountain resort, located in La Rivière, has been a destination for skiers (and later snowboarders) in Manitoba since it started up in 1960. The ski hill was forced to suspend its 2021-22 season due to unprecedented drought conditions in the area which impacted the hill's ability to make snow.

Holiday Mountain was sold this year, with the final sale going through only about four weeks ago.

"We have a huge crew here working long hours, trying to get everything up to speed. We're doing some renovations, giving it a bit of a facelift, just trying to make this place as nice and functioning properly as we can," said Abe Sawatzky, the new general manager of Holiday Mountain.

Sawatzky said no opening date has been set yet, given the tight timeline.

"We're trying our best to make it as soon as possible, but we have to kind of play it by ear for the next couple of days just to see how everything kind of works out."

He said the closure of Holiday Mountain was felt throughout the community, including by the resort's new owners who Sawatzky said grew up in the area and went to the hill often.

Holiday Mountain is one of only a handful of ski hills in the province.

"People that are avid skiers or snowboarders or people that want to get into it weren't able. So it's a big loss to the community," he said, adding the work is ongoing in an effort to once again have skiers and snowboards hit the slopes.

"We're really excited to bring back as many people as we can and be open at full capacity. And we're just super pumped to have kids and families back here. We're very excited."