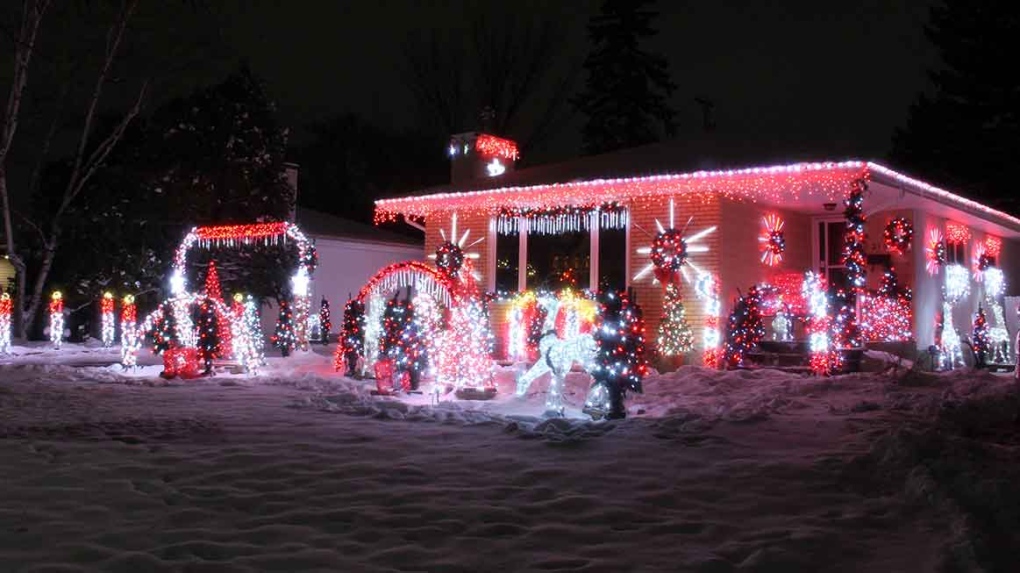 A digital map outlining the best and brightest Christmas lights Winnipeg has to offer is illuminating the sheer volume of Yuletide displays throughout the city.

Carol Cassell is the merry mastermind behind the online project.

She originally launched the map six years ago when she moved to Transcona, but it was originally dedicated to an entirely different holiday.

“It was for Halloween decorations,” Cassell told CTV News Winnipeg. “But after that first year, a lot of people started asking if there would be a Christmas map.”

The next year she did just that, mapping all the Christmas lights displays in Transcona. It continued on as an annual tradition.

“That’s how the map started. It was just me for the first five years, going out and looking for houses,” Cassell recalled.

Cassell decided it was the perfect time to expand the map to the entire city of Winnipeg. 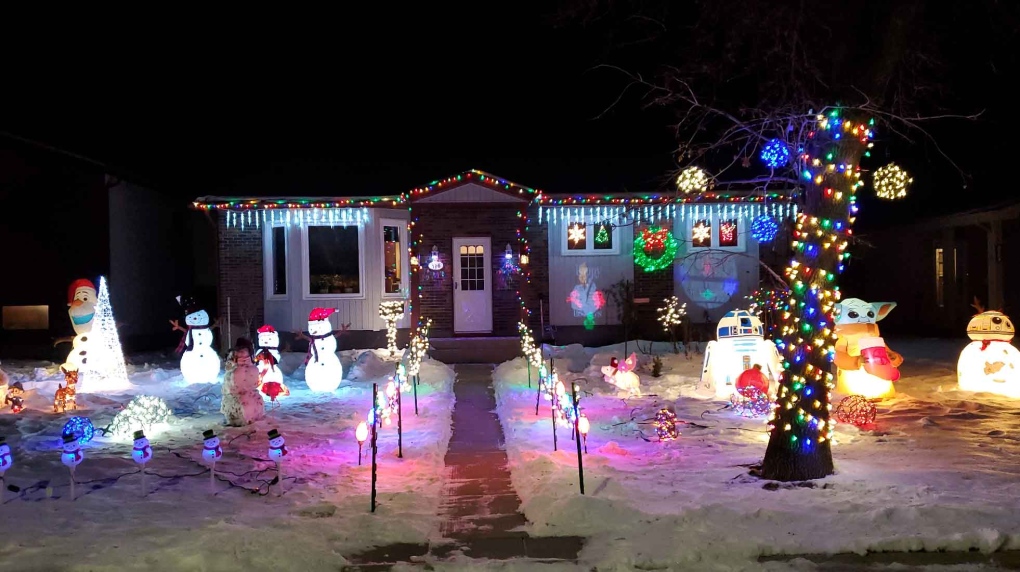 “Especially with last year with the lockdown and not being able to visit people, I think more people were going out to look at Christmas lights, and people who hadn’t done it before or done it since they were children were rediscovering how enjoyable it is,” she said. “It was a big hit.”

How big a hit? The Facebook group devoted to the original Transcona map ballooned from about 500 members to 26,000 after it expanded its reach to the whole city.

“I was shocked,” she said. “I had a thousand people joining every day for almost a month.”

With the expansion of the map, so too did its construction. Cassell still devoted free nights to driving around, looking for lights, but she also added a submission page where folks could send in their own addresses, photos and descriptions.

She now devotes about 10 hours a week to searching out displays and entering the bevvy of new submissions into the map. 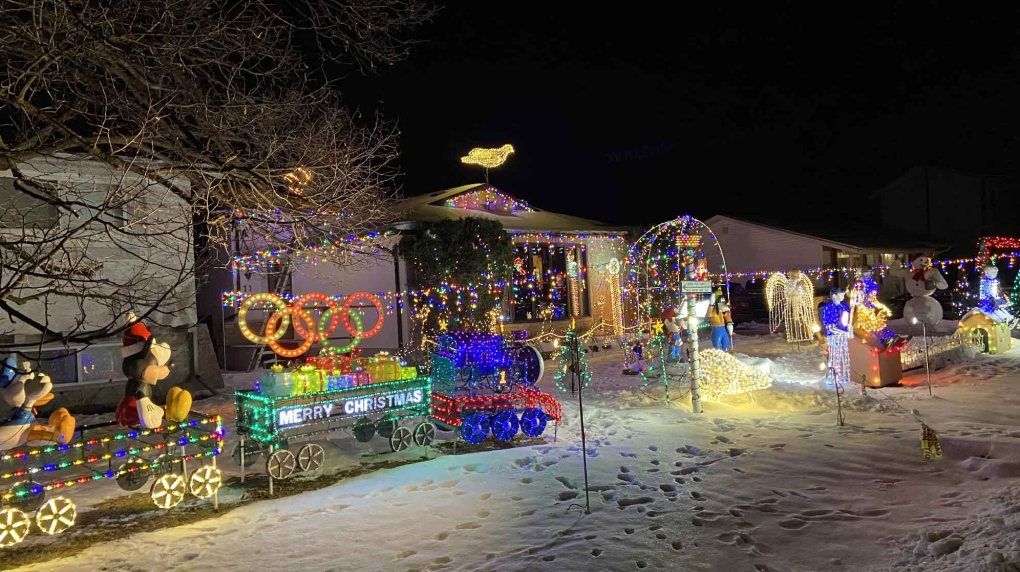 This Charleswood home included in the Winnipeg Christmas Map is listed among the most decorated homes in the city. According to the map, everything in the display is handmade and has been in the works for over 20 years, stretching onto the neighbour’s yard. (Source: Google Maps/Winnipeg Christmas Map 2021)

Another upgrade—the map is organized using a legend so Christmas lights-seekers know exactly what attraction they’re hitting the road for. Gold stars represent the most decorated homes in and around the city, lights denote homes with light shows set to music, Santa hats mark very moderately decorated homes and bells represent other holiday attractions.

When asked if she has favourites, Cassell could name two—a Seuss-inspired display of Whoville on Devonshire Drive West, and an Island Lakes display with an array of mechanical features, including a miniature train that loops around the whole yard.

“It’s pretty magical,” she said. “I didn’t know that there were so many homes with such elaborate and beautiful displays. So much work goes into them, these displays.”

Cassell plans to take new submissions on the map until the week before Christmas.

While it’s a lot of work, Cassell said the best gift is the feedback she gets from fellow Christmas lights lovers.

“People who have been using the map have been really positive about it,” she said. “They take their families out. They go out on dates with their partners. They go out with their friends, and they’re just having a positive experience.”

The Winnipeg Christmas Map can be found here.

As the trucker convoy continues its journey across the country towards Parliament Hill, Ottawa police say they are making plans in the event that the demonstration turns violent, or becomes a 'multi-day event.'

U.S. offers no concessions in response to Russia on Ukraine

Secretary of State Antony Blinken said the U.S. has made no concessions to the main Russian demands over Ukraine and NATO in a written response delivered Wednesday to Moscow.

Why are some shelves empty at Canadian supermarkets?

While some Canadians are reporting empty shelves in grocery stores across the country, experts say this is due to ongoing supply chain issues that began at the start of the COVID-19 pandemic, not because of the federal government's vaccine mandate for truckers.

The Bank of Canada is keeping its key interest rate target on hold at 0.25 per cent, but warning it won't stay there for much longer. The trendsetting rate has been at its rock-bottom level since March 2020 during the first wave of the COVID-19 pandemic as the economy went into a downturn and three million jobs were lost.

A third of students think Holocaust exaggerated or fabricated: study

A third of North American students think the Holocaust was exaggerated or fabricated, according to a new study.

Astronomers find mysterious object in space 'unlike anything' seen before

Astronomers mapping radio waves in the universe have discovered a mysterious object in space that releases a giant burst of energy three times an hour, a find that is 'unlike anything' seen before.

What went wrong for the Conservatives last election? MPs to hear findings

The Conservative caucus will be briefed Thursday about an internal review examining what led to their 2021 election defeat.