More officers being used as security in retail stores due to rise in theft: police 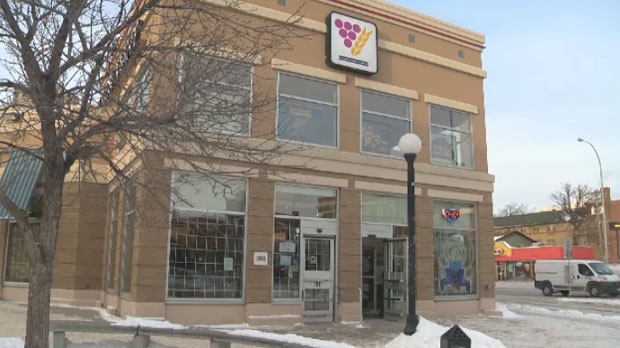 The Liquor Mart at Osborne and River is shown in Winnipeg in a file image.

WINNIPEG -- Winnipeg police officers have increasingly been used as security at retail stores around the city, but now police want to clear up some misconceptions.

Const. Jay Murray said there has been a general rise in the number of officers at stores, which can be directly linked to the rise in thefts. More specifically, he said, there has been even more officers in stores in the month of December, because it’s a busy shopping season.

Murray said there is a few reasons why there has been an increase in thefts, which range from social issues to the growing meth crisis in Winnipeg.

“We want to get rid of this misconception that nothing’s going happen to these people that walk into these stores and steal,” said Murray. “Every store has different policies, some do have hands on policies, and some don’t, some have officers working, officers that are in uniform and sometimes there are officers that are in plain clothes.”

He also said when people get caught stealing from stores, a police investigation follows and eventually these people are getting arrested.

Another misconception Murray is trying to squash is that officers in stores are being taken away from more pressing matters.

He said all of the officers that do the special duty work are off-duty and have chosen to do the security work voluntarily.

Murray doesn’t want these officers to get burnt out, but as long as they pass provisions that cover how much they can work, they are allowed to do so.

Murray has been one of the many officers who work these retail shifts, and said even though officers are there people still try to steal and he usually has at least one arrest per shift.

To have an officer at a store it costs a business $112 per hour, and if they want a vehicle in front of the store as well it’s an extra $33 plus GST.

When it comes to catching people, Murray said officers aren’t doing bag checks as if they were at the airport, but police are usually alerted to a potential situation, which is when people are detained.

Many thefts that happen at these retail stores are happening at the self-check-outs. According to Murray, people will load up stolen items into bags or not pay for all the items. He said it can make it hard to catch them.