With Winnipeg's ash trees under attack from two fronts, so far this year 450 green ash trees and 560 black ash trees have been removed by the City of Winnipeg.

Two pests pose a threat to ash trees: the emerald ash borer, which attacks both varieties of trees, and the cottony ash psyllid, more commonly known as jumping tree lice, which can damage black ashes but will stay away from the green.

Meantime the emerald ash borer needs time for the population to build and for the mortality of ash trees to follow.

The removal of ash trees due to the emerald ash borer has been mainly focused on areas surrounding the Archwood neighbourhood in St. Boniface, where the pest was first discovered.

According to city forester Martha Barwinsky, there isn't a future for ash trees in the city.

She said some trees in St. Boniface have been injected with a solution to prevent attacks from emerald ash borers, but the strategy is being used to manage tree removals, not prevent them.

“In many of the removals that we’re doing the trees actually haven’t died,” she said. “We are just getting a head start on the removals before they do.” 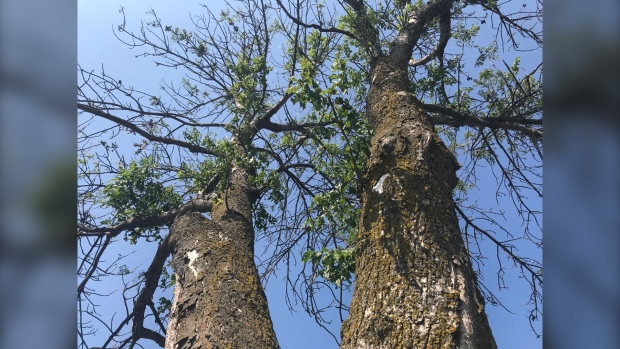 Barwinsky says when the emerald ash borer infestation hits its peak, up to 15,000 ash trees would need to be removed each year, which logistically is not feasible.

As for ash trees on private property she recommends owners only inject healthy ash trees with the chemical and remove the poor ones before replanting.

That way the whole property can transition to something else and they can budget for it. There are approximately 350,000 ash trees in Winnipeg, with two thirds of them growing on private property.

"Winnipeg will move from a real mono-culture with the majority of our street tree population being elm or ash," she said. "We are going to see a greater mix of tree species, which is going to create a more resilient urban forest in the long run which is a good thing."

Lindens, hackberry trees and oaks are examples of trees being used to replace those that have been removed. 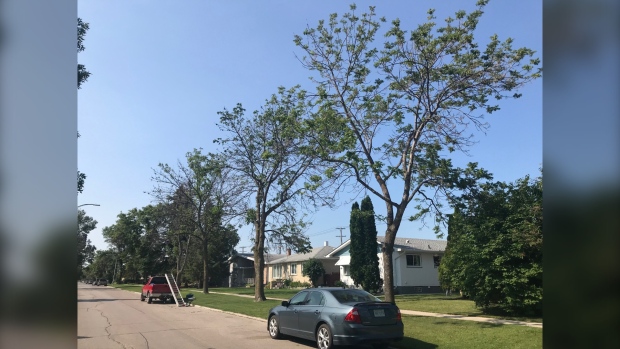