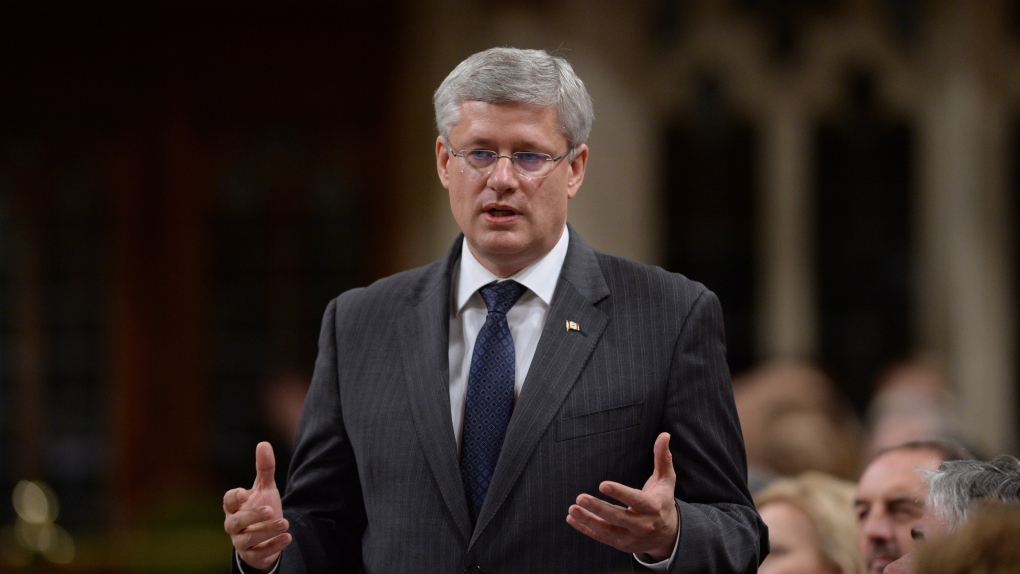 Prime Minister Stephen Harper responds to a question during question period in the House of Commons on Parliament Hill in Ottawa on Wednesday, Oct. 8, 2014. (Sean Kilpatrick / THE CANADIAN PRESS)

OTTAWA -- More than 800 scientists from around the world have signed an open letter to Prime Minister Stephen Harper decrying what they call a rapid decline in funding and freedoms faced by Canadian government scientists.

"Earth to Canada: Science Needs You," says the headline over the letter that was published Tuesday as an ad in the Ottawa Citizen newspaper.

"As scientists outside of Canada committed to international co-operation in confronting threats to the planet and human health, we urge you to remove excessive and burdensome restrictions and barriers to scientific communication and collaboration faced by Canadian government scientists," states the letter from the Washington-based Union of Concerned Scientists.

The missive carries 815 signatories and their academic credentials from 32 countries, including hundreds from the United States, Canada's largest trading partner and leading science collaborator.

They say complex environmental and public health problems require the full participation of scientists from around the world, but Canadian scientists are missing in action due to budget cuts and constraints on their freedom to travel, communicate and collaborate.

The letter, with coincides with the Harper government's science and technology week, prompted a fierce Conservative defence of their record.

"Since being elected, our government has made record investments in science, technology and innovation," Ed Holder, the minister of state for science and technology, told the House of Commons.

"In fact Canada is ranked first in the G-7 for research and development in our colleges, universities and other research institutes."

He noted the government's 2014 budget committed $1.5 billion over 10 years on the Canada First Research Excellence Fund.

New Democrat Kennedy Stewart, meanwhile, was left asking when the Conservatives "will start the repair of Canada's public science reputation?"

Part of the divergence in views can be explained by divergent priorities.

The Conservatives have boosted funding for applied research while moving away from basic science. A government announcement last week illustrates the point: A new Canada Excellence Research Chair at the University of Calgary, with $10 million in federal cash over seven years "to make Alberta's world-class oilsands easier to extract."

Some scientific areas have done very well under the Harper government, others have been sharply cut.

What's less in dispute is the muzzle placed on government scientists, including constraints on international collaboration.

In 2013, American scientists went public with their refusal after the Department of Fisheries and Oceans demanded that scientists on a joint Canada-U.S. Arctic research project sign a sweeping confidentiality agreement.

That was just one incident contributing to a phenomenon later tracked in a large poll of public service scientists by the Professional Institute of the Public Service of Canada.

Out of more than 4,000 federal scientists polled last October, almost 25 per cent said they'd been directly asked to exclude or alter information for "non-scientific reasons."

More than 70 per cent of those surveyed said political interference was compromising policy development based on scientific evidence. Almost half said they were aware of cases in which their department or agency suppressed information.

"Canada's leadership in basic research, environmental, health and other public science is in jeopardy," concludes Tuesday's letter from the international scientists.

"We urge you to restore government science funding and the freedom and opportunities to communicate these findings internationally."