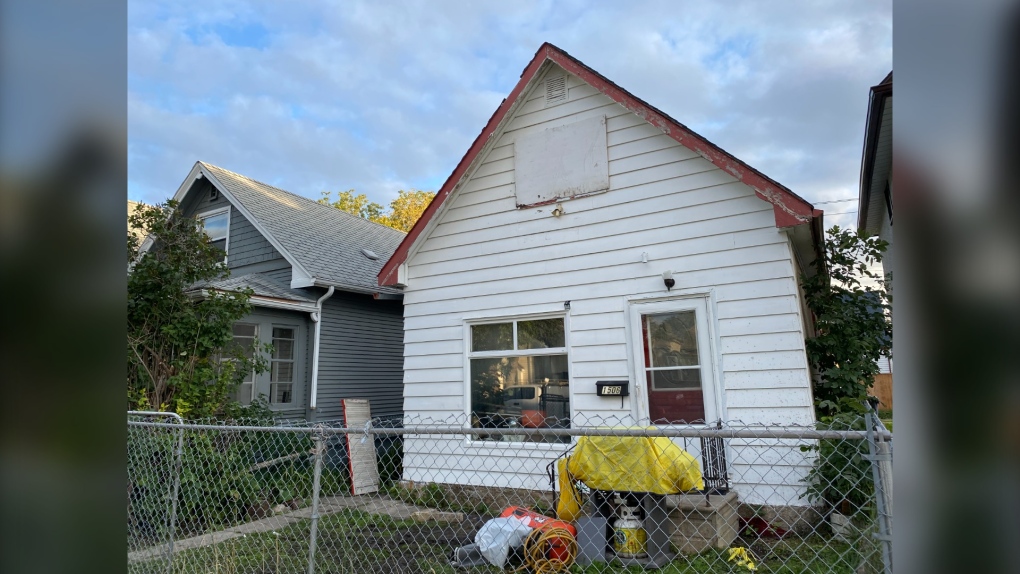 The cause of a fire on Alexander Avenue on Sunday, Aug. 29, 2021 is under investigation. (Zachary Kitchen/CTV News)
WINNIPEG -

Two people were taken to hospital in stable condition after a house fire in Winnipeg Sunday afternoon.

The city said the Winnipeg Fire Paramedic Service was called to a home in the 1500 block of Alexander Avenue shortly before 1:20 p.m. When they arrived, crews saw heavy black smoke coming out of the home.

Two people were inside the home during the fire. One was able to get out on their own. Two neighbours helped the other person escape by putting a residential ladder up to a second-floor window.

The city said both of them were taken to hospital in stable condition, and no other injuries were reported.