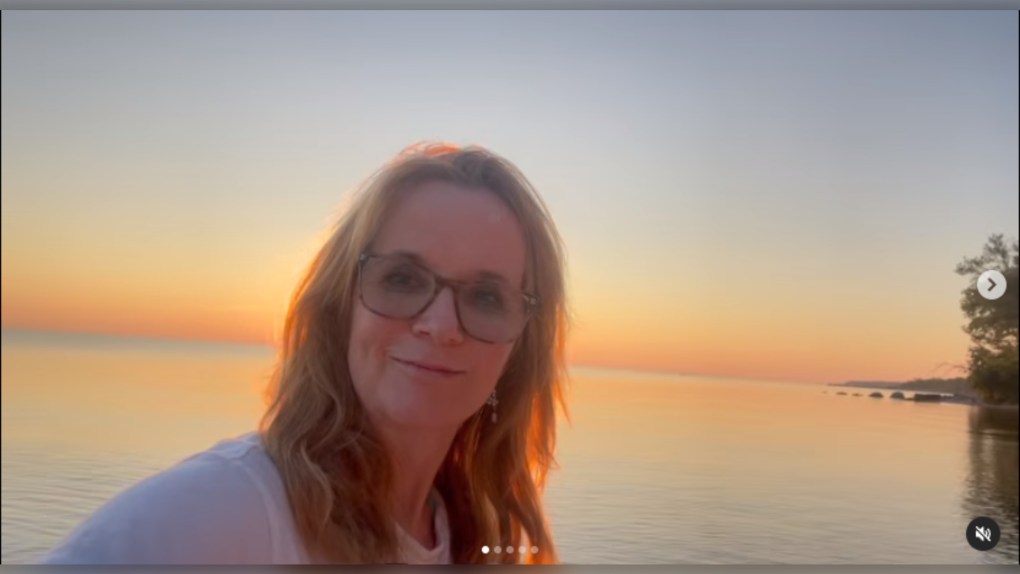 "Back to the Future" star Lea Thompson posts video and photos of Lake Winnipeg to Instagram while filming "The Spencer Sisters" in Manitoba.

A new television show starring Back to the Future's Lea Thompson shooting in Manitoba this month is fueling careers, as the local film industry booms post-pandemic.

The Spencer Sisters, a joint production between Entertainment One and CTV, is shooting in various locations across southern Manitoba. Described as a "lighthearted Canadian procedural," the show also stars Stacey Farber of Degrassi: The Next Generation.

Farber plays Darby Spencer, a hot-headed former police officer, while Thompson plays her estranged mother who is also a mystery novelist. The show depicts the two solving mysteries and their differences together while running a private detective agency.

Rod Bruinooge, interim CEO and film commissioner for Manitoba Film and Music, is excited about the show.

"Just a huge star in Lea Thompson, everyone from my generation idolizes her in all the roles she had throughout the '80s," said Bruinooge. "We're super excited to have her talent here in Manitoba and we hope the series just does really well."

Production on the show's 10-episode first season has begun, with Thompson posting photos and video from the shores of Lake Winnipeg to her Instagram feed recently. 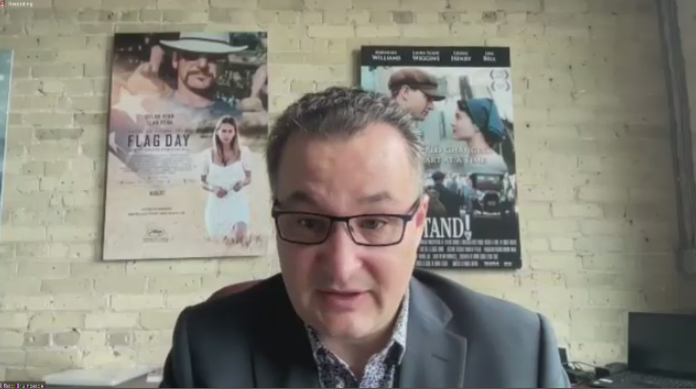 Bruinooge says Manitoba's film industry is doing better than it was pre-pandemic, with more than $300 million in production dollars being spent here this fiscal year. He adds the numbers only took a "minor dip" in 2020.

It's one of ten film and television productions currently shooting in Manitoba, which Bruinooge says is great for the economy.

"It's a huge impact, especially when they're shooting a portion of the show in the rural economy," he said. "There's hundreds of folks that get hired to make a production like this happen, and so every time a production is greenlit in Manitoba it has a big impact on our local economies."

However, Bruinooge notes that, as in many other fields post-pandemic, the local industry is experiencing a labour shortage. He says there are not enough qualified workers to fill the needed positions.

"The whole program really focuses a lot on the fundamentals," said instructor Aaron Zeghers. "We're really trying to give students as many tools, with as much cutting edge technology and equipment training as possible."

Zeghers teaches introductory courses in the DFMP program, giving students an overview of the film industry. He says the coursework is well-suited for modern filmmaking.

"A lot of the courses in the program focus on things like learning how to fly a drone, or use a gimbal, using the cameras, or doing motion graphics," said Zeghers. The DFMP program will start its next intake of 20 students in the fall.

Zeghers has been working to build connections between students and industry by bringing in relevant guest speakers on a regular basis.

"Independent filmmakers, editors, people running production companies, people representing the various unions," said Zeghers, "(I'm) really trying to provide as many connections as possible to these students, so that they can decide which path they want to follow."

There are many career paths for Manitobans wanting to work in the local film and television industry, according to Zeghers. "It's really a 'choose your own adventure' situation, there are so many different opportunities and different paths that you could take."

Bruinooge says Manitoba's film industry is doing better than it was pre-pandemic, with more than $300 million in production dollars being spent here this fiscal year. He adds the numbers only took a "minor dip" in 2020.

"I have to hand it to the producers and the local crews, they really solved all of their COVID issues in an incredibly innovative way," said Bruinooge, "they had closed sets, they had testing done every hour and just really kept the show going."

Though the star of this new show is a well-known Hollywood actress, he says there will be plenty of Manitobans in front of and behind the camera.

"Much of the rest of the cast will be local actors and actresses … I expect the bulk of this crew will be Manitoban."

Bruinooge says it’s a great field to work in, and says anyone interested in becoming a filmmaker should check out On Screen Manitoba's website for more information.

"Anyone who's looking for a fun career, who might be unemployed or thinking of switching professions … there is an incredible opportunity in the film sector right now."

LIVE | Following live: Quebec Election 2022 coverage and live results as they come in

After 36 days, the Quebec election campaign is now over and voters are heading to the polls Monday to choose the next provincial government. Follow along as CTV Montreal provides coverage of election day and the results when they come in.

Appearing before the House of Commons Finance Committee on Monday, Deputy Prime Minister and Finance Minister Chrystia Freeland defended the government's response to Canadians' affordability concerns as 'focused' and fiscally responsible. With the passage of the GST rebate-boosting bill through the House all but a foregone conclusion, Freeland was peppered with questions from opposition MPs on a range of topics, including inflation.

A new project called '4000 Cover Stories' is re-imagining the stories of missing and murdered Indigenous women and girls in Canada with the front-page prominence their families feel they deserve, with advocates planning to deliver the massive newspaper to the prime minister.

Ukraine claws back more territory Russia is trying to absorb

Canadian Prime Minister Justin Trudeau took a plunge this weekend when he decided to throw caution to the wind and go bungee jumping just outside of the Ottawa area on Sunday.

RCMP seeing 'significant increase' in fraudulent activity in Canada since 2020

Citing a 'significant increase' in fraudulent activity in Canada in the last two years— the majority of which in the last year has been happening online—the RCMP is calling on Canadians to be aware of scammers' tactics.