New 'Made in Winnipeg' music video aims to inspire 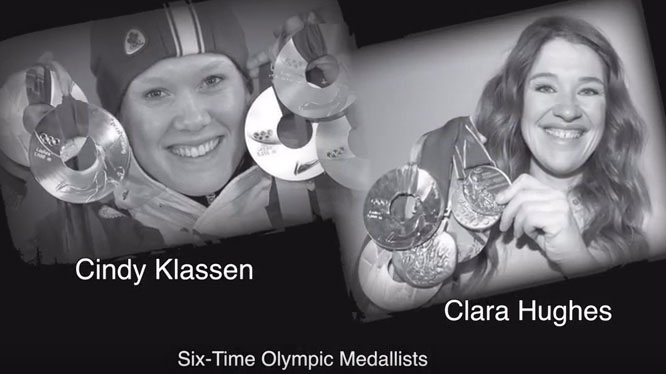 Composer Danny Schur wrote the song ‘Made in Winnipeg’ for the closing credits of a documentary about goalie great Terry Sawchuk.

Schur decided to record the song and make a video featuring the photos of 19 successful Manitobans.

“He still holds the fastest record for 10,000 metres,” he said. “Had it not been for the First World War, who knows where he would have ended up.”

Schur said the video is meant to be educational and inspirational. One of the lines in the song is, “Dreams don’t fade when they are made in Winnipeg.”

“If you’re a kid from the North End and you think you’re never going to make it, take a look at Adam Beach, Terry Sawchuk, Jonathan Toews, said Sawchuk. “You don’t have to leave.”

He said there was an expression, “the only way up from Winnipeg was out, and I totally don’t believe that anymore,” said Schur. “That said, there are still challenges ...but I’m more convinced of the positives rather than the negatives.”

He said the song is strictly an online release and hopes Manitobans watch it.

He sent the video to the department of Education so it can be shown to students, and plans send copies over the course of the next few days, to groups including the Manitoba Metis Federation, Sport Manitoba and Hockey Manitoba.