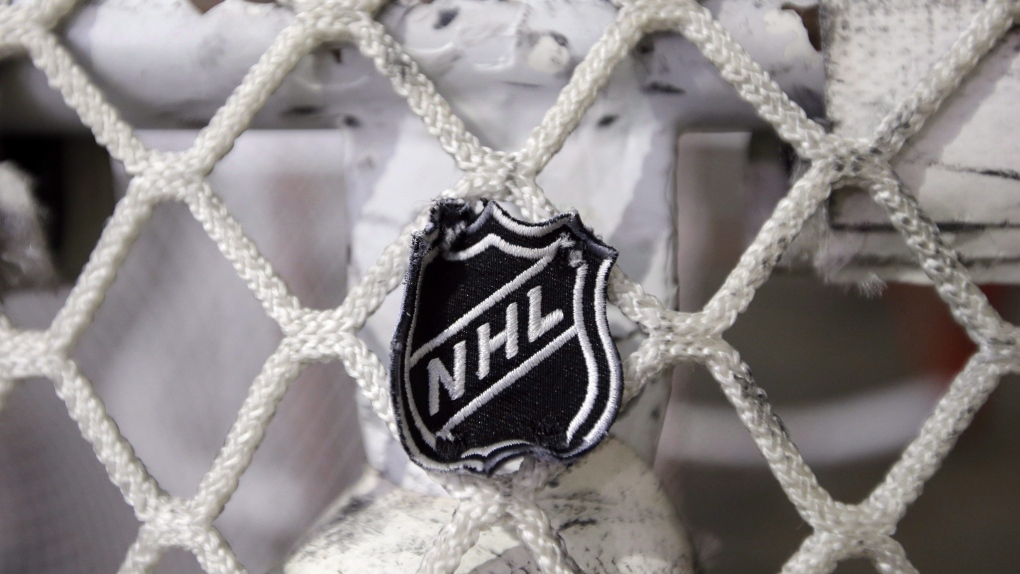 In this file photo taken Sept. 17, 2012, the NHL logo is seen on a goal at a Nashville Predators practice rink in Nashville, Tenn. THE CANADIAN PRESS/AP/Mark Humphrey

WINNIPEG -- The National Hockey League announced on Thursday the regular season has been suspended until further notice, due to "ongoing developments resulting from the coronavirus."

NHL Commissioner Gary Bettman said the league will be monitoring medical advice, and it is encouraging all members of the NHL community to take reasonable precautions.

He said the goal is to resume the season at some point and award the Stanley Cup as soon as it is appropriate to do so.

All NHL clubs had been advised earlier on Thursday not to conduct morning skates, practices or team meetings amid efforts to contain the spread of COVID-19.

The move came after the NBA suspended its schedule Wednesday night, following the revelation a player for the Utah Jazz tested positive for the novel coronavirus.

CTV News reached out to the Winnipeg Jets for comment regarding teams not doing any morning skates or practices, but they said "at this time, we have no comment."

CTV News also asked for comment about the league being suspended, and the Jets said they might have something to say later Thursday.

"After the first period, guys caught wind that the NBA suspended their games," said Wheeler. "It kind of has an odd feeling to it."

The NHL's Columbus Blue Jackets and San Jose Sharks said Wednesday they would play upcoming home games behind closed doors and without fans after state and local officials instituted bans on large gatherings of people.

There were 10 games on Thursday's NHL schedule, including in Montreal, Toronto and Calgary.

The NHL, NBA, Major League Baseball and Major League Soccer all restricted access to locker rooms earlier this week, including barring media, amid fears of spreading the virus.

Meanwhile, the Swiss hockey league announced Thursday it has ended the season in the top two divisions before the playoffs. The decision comes less than two months before Switzerland is due to host the men's world championships in Zurich and Lausanne.

--with files from the Canadian Press