'Not the time to relax': Manitoba health orders extended for another two weeks 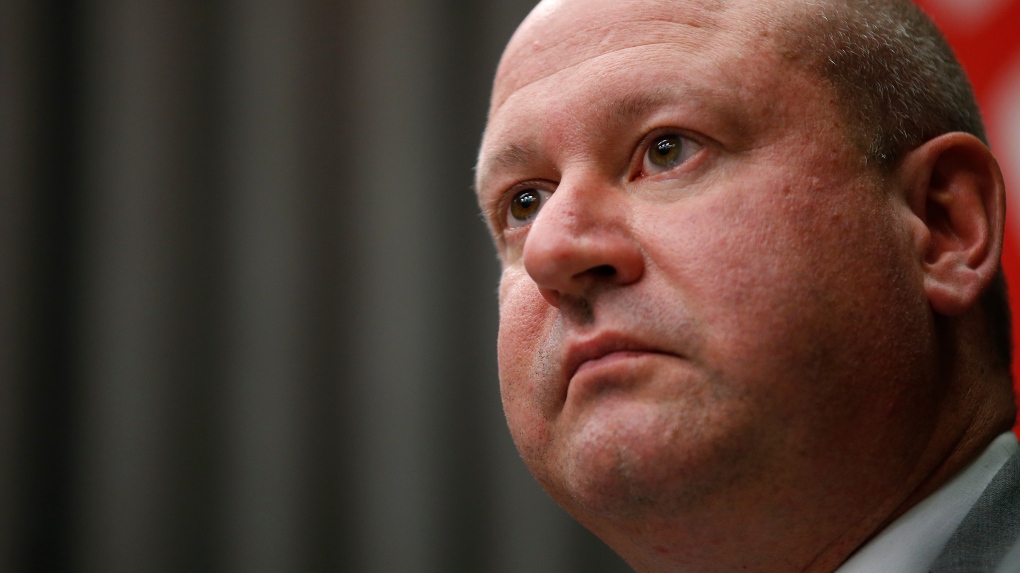 WINNIPEG -- The province's Code Red health orders and restrictions have been extended for another two weeks, after hundreds of Manitobans ignored health orders and went to holiday gatherings causing a spike in COVID-19 cases, according to health officials.

On Friday morning, the day when Manitoba's current round of health orders were set to expire, the province announced it would be extending the Code Red health orders and restrictions until Jan. 22, 2021.

"Now is certainly not the time to relax and let our guard down," said Dr. Brent Roussin, Manitoba's chief public health officer.

"Everyone wants to get back to their normal lives, but we just don't have that option right now. We have to deal with this pandemic. We have to make sure we don't overrun our health-care system."

Roussin said this exemption currently only pertains to the NHL.

Retail businesses are still allowed to open to the public to sell essential items only in-store and must maintain the 25 per cent capacity or 250 people, whichever is lower.

The full health orders can be found at the bottom of this article.

HUNDREDS OF MANITOBANS GATHERED OVER HOLIDAYS DESPITE HEALTH ORDERS

The province said over the next two weeks, health officials will be monitoring for spikes in cases linked to holiday gatherings – something Manitoba's top doctor said has already happened.

"We have been worried about a spike following the holidays," Roussin said.

There have already been 355 cases and nearly 1,900 close contacts linked to gatherings over the holiday season across the province – some of which had more than two dozen people attend, Roussin said.

"These are related to gatherings that we advised against and have orders against," Roussin said, adding the number of cases is expected to increase in the coming days.

"Our numbers were going in the right direction, but now we're at risk of reversing that."

He said had people not gathered over the holidays and cases not spiked, the province was prepared to loosen restrictions. But, with the number of cases and contacts already linked to gatherings, he said it became 'quite clear' there would be no substantial loosening of restrictions.

"I'm sure that people right now who are cases – and I hope none of them are severe cases – but I'm sure they'll be having second thoughts about having those gatherings."

ENFORCEMENT NOT AS SIMPLE AS HANDING OUT A TICKET, TOP DOCTOR SAYS

The Province of Manitoba previously reported that 44 people were handed $1,296 tickets for gathering in private residences during the week of Christmas.

But Roussin said it is not as simple as handing out a ticket to every Manitoban who attended a gathering. He said public health is concerned positive cases may not inform contact tracers of the gatherings they attended if they are worried about being fined.

"When we have somebody who is to be isolating who violates that – that's where I'm much more supportive of immediate enforcement," he said. "People who don't self-isolate when they ought to put other Manitobans knowingly at risk."

Roussin said he is hopeful that after these two weeks, the province may be able to start loosening some restrictions. He said the province will be launching public consultation with Manitobans next week to get feedback on changes to future health orders.