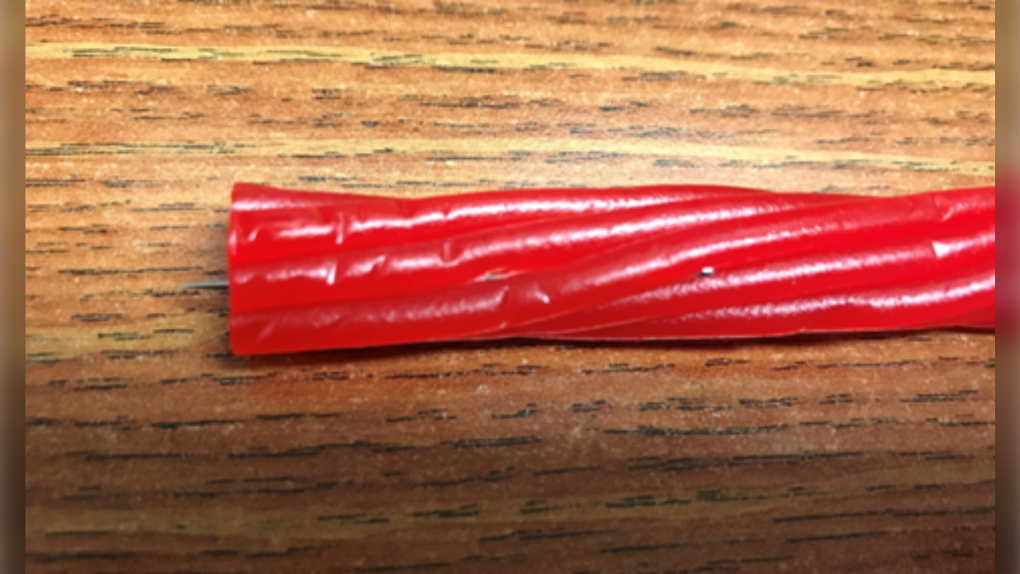 A one-inch needle was found inside a licorice from Halloween in Morden, Man. (Source: Facebook/Morden Police Service)

WINNIPEG -- A one-inch needle was found inside a piece of licorice handed out on Halloween in Morden, Man.

Brad Neduzak, police chief of the Morden Police Service, said they received a report about the incident on Nov. 9.

He said the parents were going through their kid’s candy when they made the discovery. Neduzak notes the licorice was packaged and sealed.

Officers went to the family’s home, seized the candy, and confirmed there was a needle placed inside.

Neduzak urges parents to “check all the candy before you allow kids to consume them.”

He said police used to warn parents about homemade goods, but now people should also be aware of the packaged ones.

Neduzak said the city has never had issues like this before and hopes it’s an isolated incident.

Elsewhere in Canada, there have been reports of needles found in candy in Ontario and B.C.

Anyone with information regarding the Morden incident is asked to call the Morden Police Service at 204-822-4900 or Crime Stoppers.