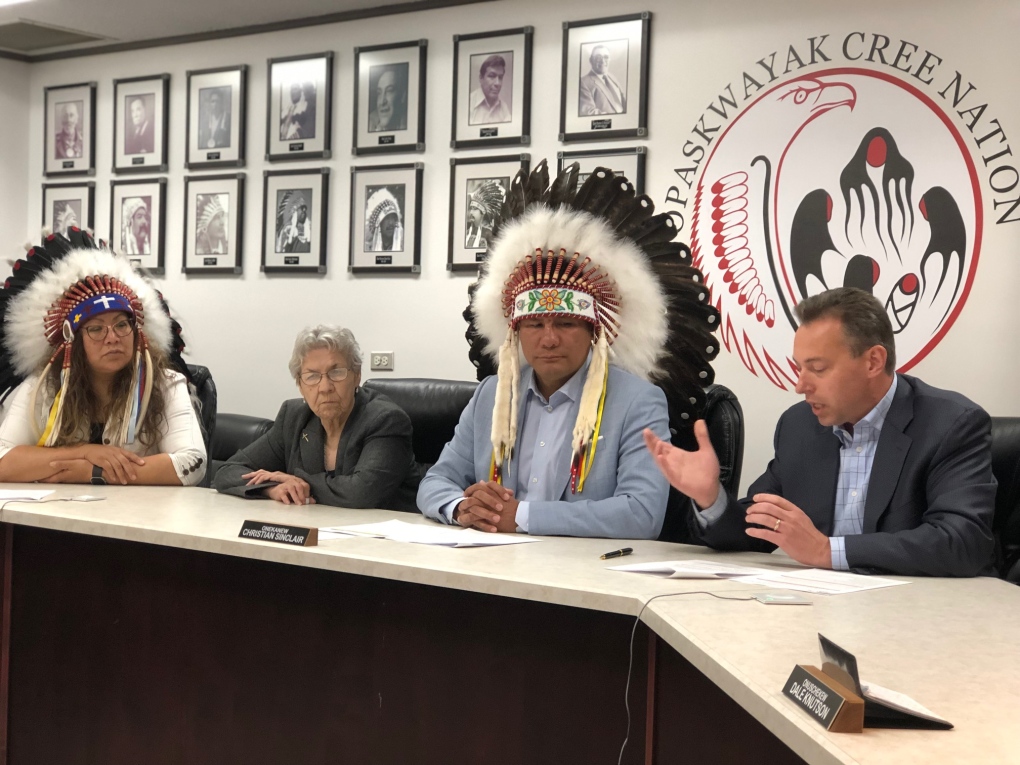 Opaskwayak Cree Nation celebrated the successful completion of part of its fibre optic infrastructure upgrade Tuesday, the first of its kind in Manitoba.

The upgrade, facilitated by Bell MTS, connects 11 key buildings in the community, which is about 600 kilometres north of Winnipeg.

The buildings include all administration offices, two schools, the health centre, hockey rink, youth centre, daycare, public works, bus garage, as well as some others.

Chief Onekanew Christian Sinclair said in a press conference Tuesday the upgrade will enable high-speed internet, an improved phone system, videoconferencing capacity and Wi-Fi in public spaces, among other things.

“We’ve basically leap frogged from a 19th century governance system and technology to the 21st century in a year with the help of Bell MTS,” he said.

Up until now, the First Nation was using an old network that couldn’t meet the needs of its 6,200 members, he added.

Phase two of the upgrade will begin shortly and involves a cost-benefit analysis of connecting more community members to the network. A date for completion wasn’t given.

Ryan Klassen, the vice president of Bell MTS, said in the press conference that this project is the first of its kind for an Indigenous community in Manitoba.

“Technology is a significant agent of transformation for regional economies across the province, and Bell MTS is committed to delivering the most advanced communications networks and innovative broadband services to communities large and small throughout Manitoba,” Klassen said.

The total cost of the project is approximately $650,000 over five years.

“The fees for OCN’s current phone system are approximately the same price which means the project won’t see any branches go into a deficit because of this upgrade,” Sinclair said.

He added, that’s like buying a Lamborgini for the same price as an old beat up car.

“It leap frogs us into the future, with the flip of a switch,” Sinclair said.