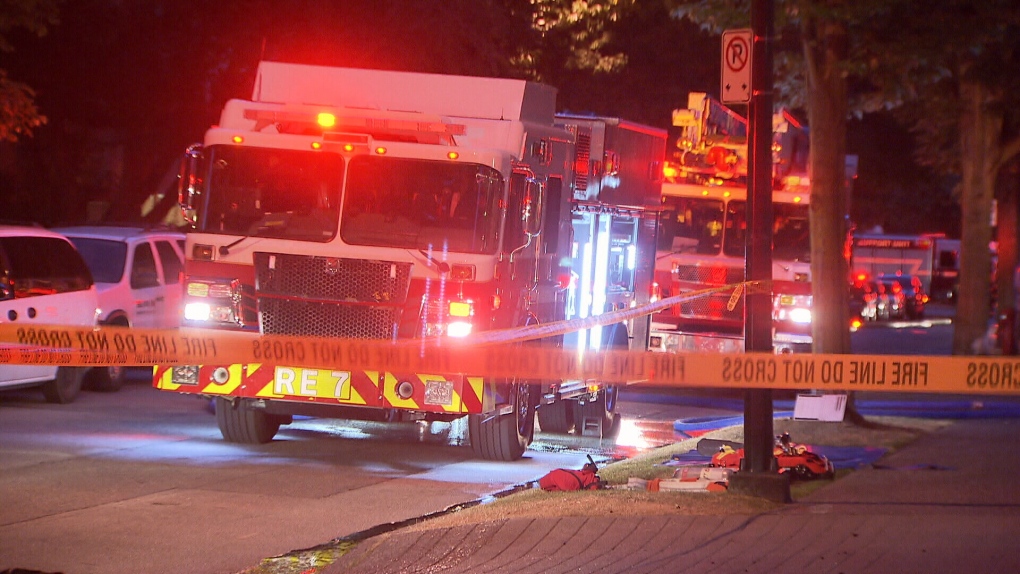 It's been another busy weekend for the Winnipeg Fire Paramedic Service (WFPS) after firefighters responded to two blazes overnight.

The first started around 2:18 a.m. Sunday, when fire crews were called a two-storey house in the 600 block of Stella Avenue.

The fire was contained to the rear of the structure on the main floor. Crews were able to douse the flames within minutes, bringing the fire under control at 2:35 a.m.

No one was in the home at the time of the fire, and no one was injured.

A few hours later at 4:32 a.m., emergency crews responded to a fire alarm system activation in a strip mall in the 3000 block of Portage Avenue.

Winnipeg Police officers were already on scene when fire crews arrived. Police said there was smoke inside the vestibule of a bank. Firefighters did find flames coming from an ATM banking machine. The fire was put out using an extinguisher.

No injuries were reported. The fire is also under investigation. Damage estimates are not available at this time.

Canadians in Russia who hold dual citizenship should leave the country immediately or risk being conscripted for mandatory military service, the Government of Canada is warning.

Canadians reflect about residential schools on Truth and Reconciliation Day

Ceremonies, marches and other gatherings are taking place across the country Friday as communities mark the National Day for Truth and Reconciliation. The federal statutory holiday was established last year to remember children who died while being forced to attend residential schools, as well as those who survived, and the families and communities still affected by lasting trauma.

Russia vetoed a UN resolution Friday that would have condemned its referendums in four Ukrainian regions as illegal, declared them invalid and urged all countries not to recognize any annexation of the territory claimed by Moscow.