The miniature steam engine in Assiniboine Park is on the track for new ownership.

The train has been operating since July 29, 1964, and Timothy Buzunis, the owner and operator, said his dad brought it to Winnipeg brand new from the United States.

Buzunis said he has been running this train all his life and at the age of 62, he said it is time to move on.

"It's getting to the time where physically I am getting tired. I also want to enjoy my life a little bit. I haven't been able to spend a proper summer since I was a kid. I haven't rented a cabin, I haven't gone golfing, I'm committed to the park seven days a week. It's just a time for a change," said Buzunis.

Buzunis said the train, and everything that comes with it, are up for sale, with him saying there is no one in his family to pass it on to. 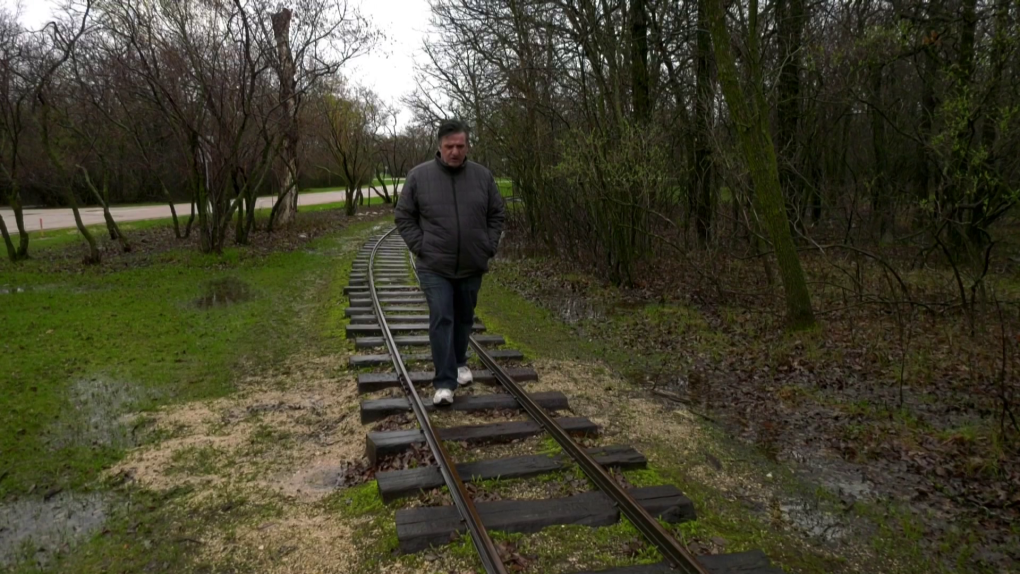 Timothy Buzunis is seen walking on the tracks of the steam engine in Assiniboine Park. May 18, 2022. (Source: Scott Andersson/CTV News)

"This train, I was four years old when my dad bought it. I remember going to the border and watching the train come over the border. I always remember the train being part of our family."

Buzunis said he is listing the train for $649,000, calling the price point a steal since he has recently put a lot of money into the train to make it run like brand new.

"I can tell you eight years the exact same train in Birmingham, Alabama, with no infrastructure, no contract, no location sold for $550,000 U.S."

Buzunis said this train is no longer made and said only 50 still exist. Of the 50 still in existence, two are in Canada; the train in Winnipeg and one in Edmonton, which Buzunis' dad also brought in.

If someone were to purchase the train, they would also be acquiring the tracks and all the buildings in Assiniboine Park.

So far, Buzunis said he has had two inquiries from groups in the United States, but he is hoping to keep the train in Winnipeg, adding he would even take less money for it to keep it in the city.

"For my dad's legacy, for our families' legacy. This park was a part of our family. I spent every summer of my youth here right up to my adulthood until now."

Even while he waits for a new owner, Buzunis said the train will be in operation this summer and hopes to get the train on the tracks next weekend.

Whenever the train is sold, he added he will stick around to help the new owner and teach them everything he knows so they can continue the success.

Nick Kyrgios cursed at the Wimbledon chair umpire and asked, 'Are you dumb?' He demanded to see a Grand Slam supervisor after questioning why his opponent, Stefanos Tsitsipas, didn't forfeit their ever-contentious, never-boring match for angrily hitting a ball into the stands after dropping the second set.