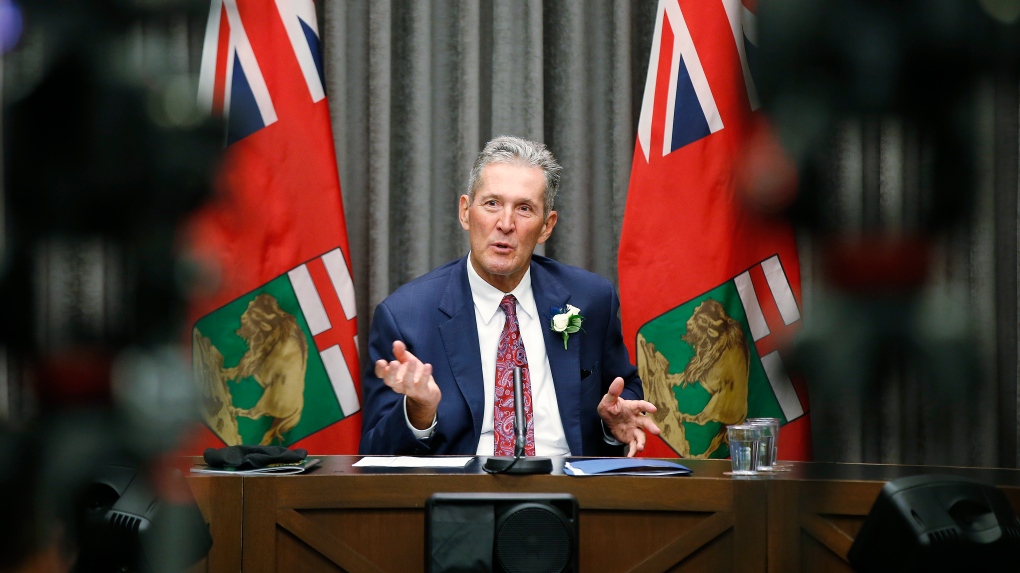 WINNIPEG -- Manitoba's premier defended his deal for a Canadian-made COVID vaccine as forward thinking, and called on other provinces to follow suit.

During a news conference on Wednesday, Premier Brian Pallister said the province is looking for solutions to the vaccine shortages and delays in Canada – he said the solutions Manitoba is looking at may not address the short-term issues.

"The solution lies in thinking forward," he said. "Forward thinking is what we're doing by entering into this arrangement."

Pallister announced earlier in February that the province struck a deal with Alberta-based Providence Therapeutics to purchase two million doses of a COVID-19 vaccine it is developing.

The agreement will see Manitobans receive the first 200,000 doses of the vaccine, but first the vaccine needs to be approved by Health Canada and it may not be ready this year.

"This is not without risk, and I would not underplay the reality that we are putting capital at risk here," Pallister said.

According to a summary of terms on the agreement, Manitoba will be paying $18 per dose, for a total of $36 million. The province will need to pay 20 per cent of this up front which will be used to pay for raw material, manufacturing and clinical trial costs.

Manitoba will pay another 40 per cent upon approval of the vaccine by Health Canada, and the final 40 per cent when the doses are delivered.