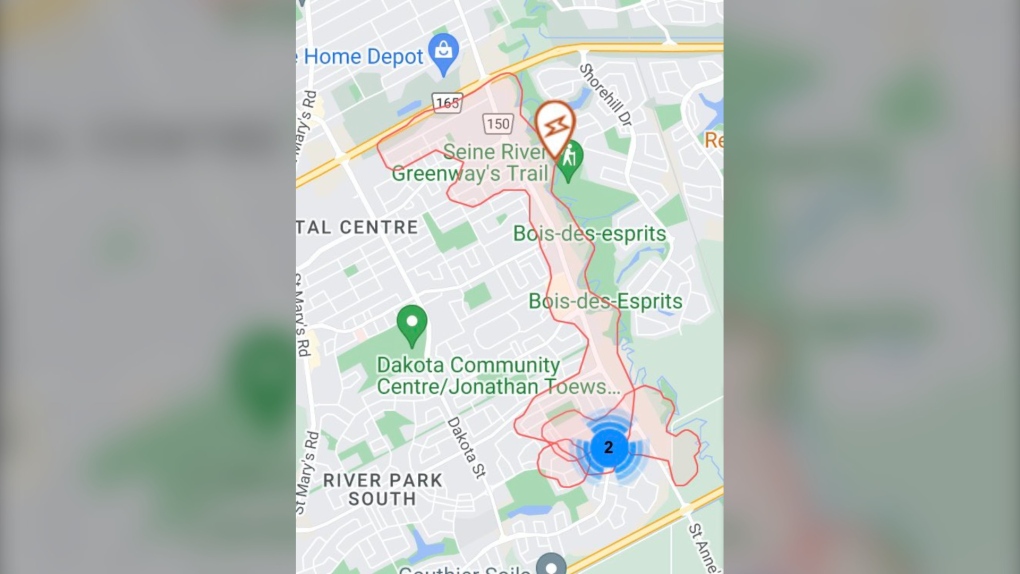 Hundreds of residents in River Park South were left without power Wednesday evening after a pole was knocked down on St. Anne's Road. (Manitoba Hydro)

Hundreds of residents in River Park South were left without power Wednesday evening after a pole was knocked down on St. Anne's Road.

Winnipeg police said the pole was down in the southbound lane of St. Anne's Road. Cadets were on the scene Wednesday evening directing traffic at Aldgate Road and St. Anne's Road.

As of 8 p.m. Hydro said more than 1,300 customers had been affected. On its outages map, Manitoba Hydro estimated power would be restored by 11 p.m. on Wednesday.