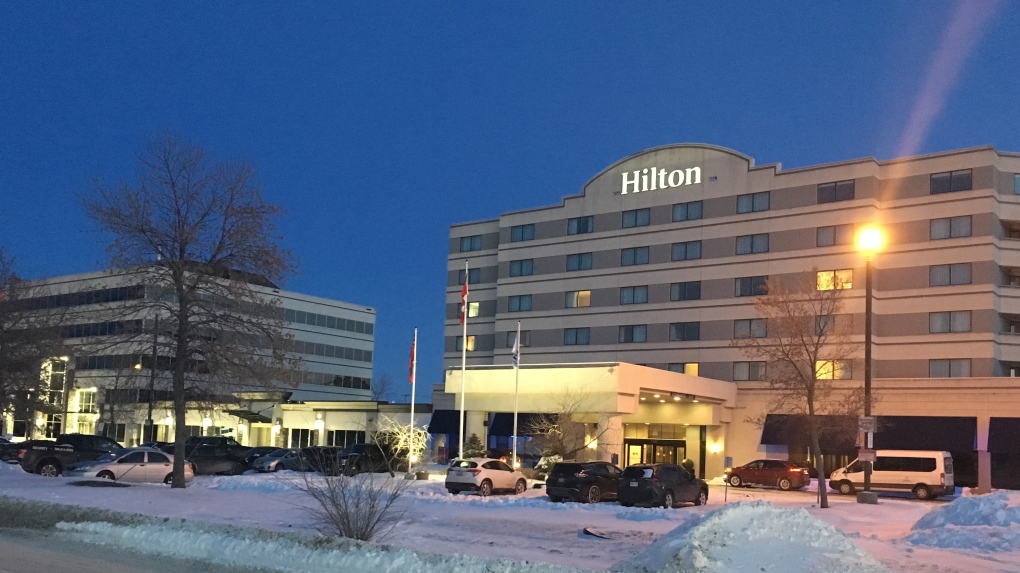 The Winnipeg Police Service is investigating the cause of a fire that broke out at a hotel on Wellington Avenue Friday evening.

The city says firefighters were called to the scene of a fire at a hotel in the 1800 block of Wellington Avenue around 3:19 p.m. on Friday. While crews were responding, the city said further reports were made to 911 that there was a fire in one of the suites.

Firefighters found smoke in the first floor hallway of the hotel and began an offensive attack. The city said the fire was under control very quickly, thanks in part to the hotel's automatic sprinkler system that had activated and stopped the fire from spreading.

Other areas of the hotel had some minor smoke and water damage. The city said there are no damage estimates at this time.

All the people in the hotel were able to self-evacuate, and one person was assessed by paramedics on scene but did not need to go to the hospital. There were no other injuries reported.

Police confirmed that the fire was a result of arson.