WINNIPEG -- A Winnipeg woman is trying to put a positive spin on the code red restrictions in Manitoba as she has been lighting a candle for each day they have been in place.

Susan Kuz said the first candle was lit on Nov. 12 as a way to create some levity in her house to help her daughters who have been struggling.

"(They) were feeling quite bummed about not being able to see friends. I thought this would give us something to focus on and a little bit of a positive lightness to the day," said Kuz.

So far, Kuz has started burning 54 candles with a plan to light 55 Tuesday night. She noted that she didn't expect to burn this many.

"I thought maybe by the time we get to 20 candles we will be done and we will get back to the new normal, but you know, it has just kept going on."

She said it now takes about five minutes to light the candles and around 11 matches adding there have been a few close calls with her fingertips as well.

Kuz said it has brought some fun to the household but it also gives them a chance to reflect on what has happened since the start of the pandemic.

"It's a way to think about all the frontline workers and our own resilience throughout this, but we also are able to think other people who have had family members pass and those who are suffering with COVID. So it kind of provides a way to look at things in a different way.

"It's kind of like the light at the end of our tunnel, so every night we add another light to look forward to." 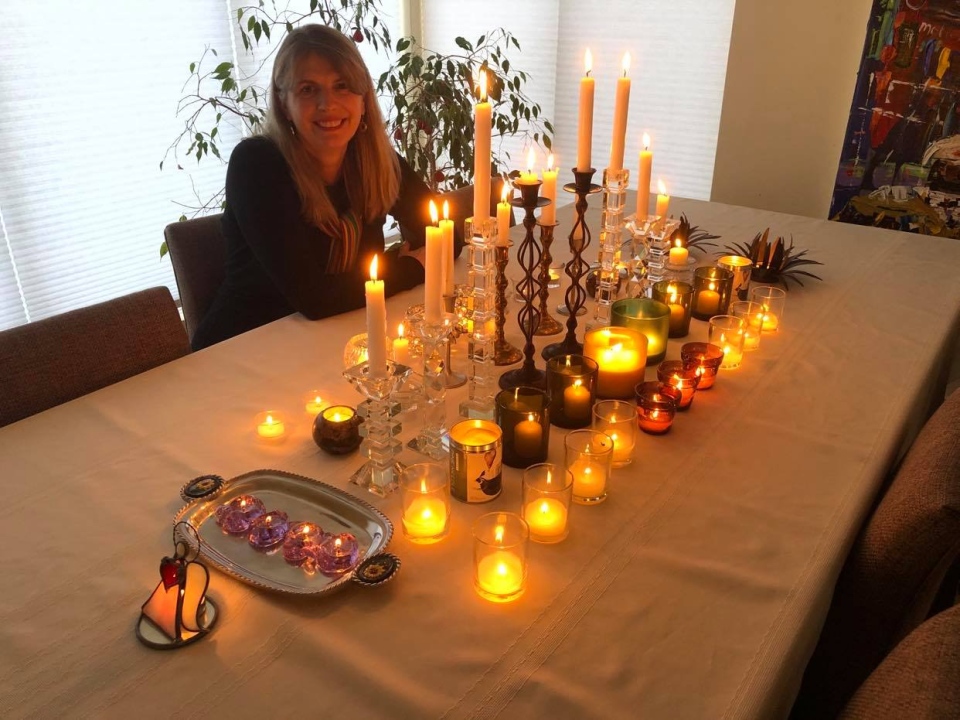 The current health restrictions in place run until Jan. 8 but after that, there is uncertainty around restrictions and if Manitoba will still be under code red or not.

With that uncertainty, Kuz is already finding a way to make more space for more candles on her already crowded table.

"We actually have two 18-inch leaves that we're going to add, so that gives me an extra three feet to add more candles. So if they extend the restrictions, we are good to go."

Due to how many candles that Kuz has had to burn, she said she has had to go out and buy more to make sure they have enough, and she just adds them to her online grocery order that she picks up.

"At first we had excess candles and I thought 'this is a good way to get rid of some of these' but it became quickly apparent that we've had to buy more and more candles to add to our evening lighting."

While Kuz enjoys lighting the candles, she hopes the restrictions can come to an end soon and she said that will only be possible if people continue to follow the rules and not try to take shortcuts during the lockdown.