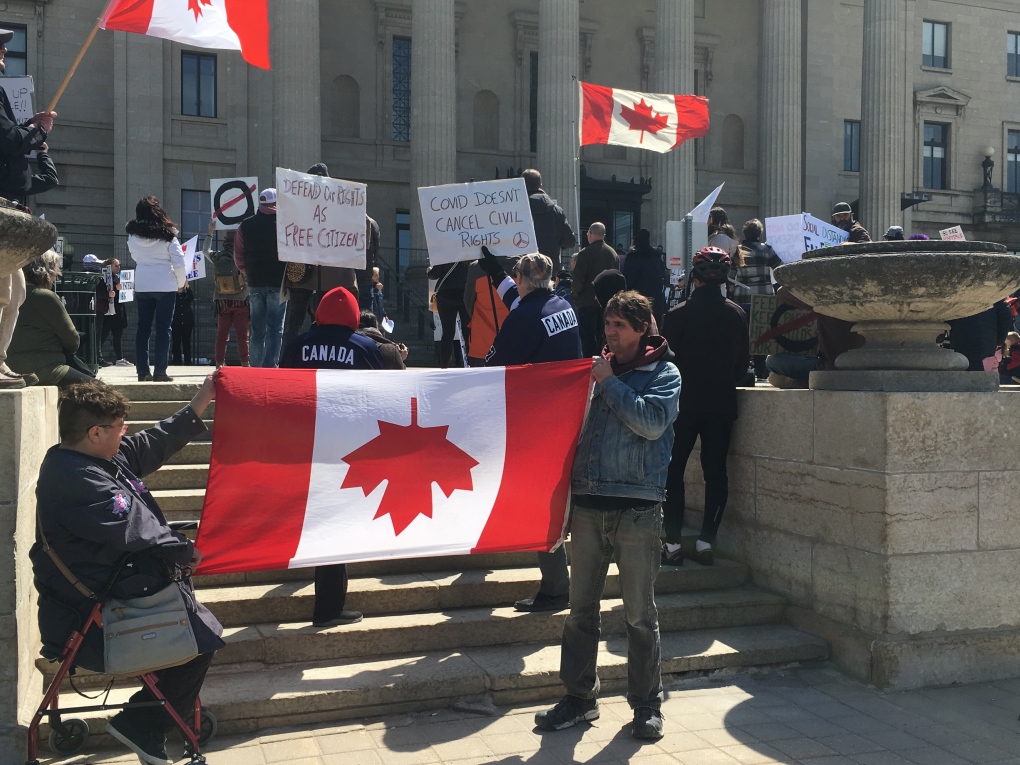 WINNIPEG -- A crowd descended on the Manitoba Legislature Building Saturday afternoon, demanding an end to the COVID-19 quarantine.

Led by Gerry Bohemier, a retired chiropractor, the protest of more than 100 people, is the largest seen in the province in months.

We don't want this kind of lockdown and assassination on our economy like we're seeing right now," said Bohemier.

The province has begun reopening some businesses, but protesters want restrictions fully lifted.

"Who are at risk? The elderly? The immune-compromised? Protect them, isolate them," said Ron Curtis Spenchuk, a demonstrator at the protest.

The rally in Winnipeg remained peaceful but did attract a few counter-protesters.

"I find this funny, this reminds me of some non-sense that I saw in America," said Dino Wayne, who went out and counter protested. "The only difference is at least here they're not allowed to carry guns."

While the province has started the first phase of reopening, Dr. Brent Roussin, the chief provincial public health officer, says it's fundamentally important to keep your distance.

"If you look at jurisdictions that were able to act quickly, to implement these types of restrictions, you can see evidence in their numbers, fewer cases, fewer deaths, Manitoba is one of them. We were fortunate enough in the timing to get ahead of this."

Grade 12 student Kevin Chung missed his graduation because of the pandemic.  He says he wants the economy to restart but doesn't agree with some of the protesters.

"I think we need to loosen up the restrictions, but I think there are quite a few radical positions here today," said Chung.

The province's Restoring Safe Services plan says phase two of reopening will not occur until at least June 1.