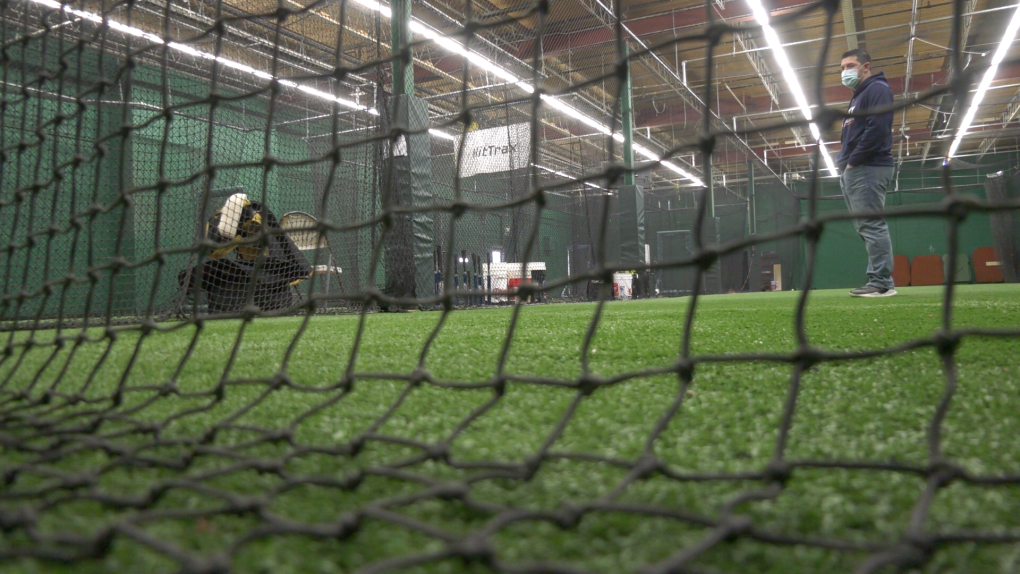 WINNIPEG -- Gyms and fitness centres may be able to reopen next week after shutting their doors nearly three months ago.

But it’s unclear whether the proposed changes will apply to Manitoba sports academies, which train young athletes.

“Think of gyms as training for adults, and sports academies as training for kids,” said former Winnipeg Goldeyes player and head under 18 baseball coach at Home Run Sports Training Centre. “I think they need it more than anything,” he told CTV News Saturday.

The province could allow gyms and fitness centres to reopen at 25 per cent capacity and offer one-on-one sessions in the next round of public health orders, which are expected to come into effect February 13. Alberta is taking a similar approach.

Ramon is hoping that like gyms, sports academies will also be able to provide physically distanced individual sessions.

“We’re not asking for team practices, we’re asking for a slow step, which we think would be one-on-one training indoors for all sports not just baseball.”

Ramon said he understand reopening is a delicate balance for the province, but playing sports and staying active is important for the mental health of children and teenagers.

“February is that grind month and it’s really hard for these kids,” said Ramon. “We feel like it’s time for these kids to do some kind of activity on a one-on-one basis.”

IT DOESN’T MAKE SENSE FOR US TO REOPEN

Some fitness facilities say even though they may be allowed to reopen come February 13, they will likely stay closed.

“(The relaxed restrictions) will be for gyms or fitness facilities that cater to individual fitness,” said Roussin. “We wouldn’t have group classes at this point.”

Amphavannasouk said one-on-on classes are not sustainable for businesses like his that focus on group classes.

“It costs a lot more to both parties, the owner and the practitioners.”

Amphavannasouk is hoping the province reconsiders, saying he would be able to hold classes safely inside the studio.