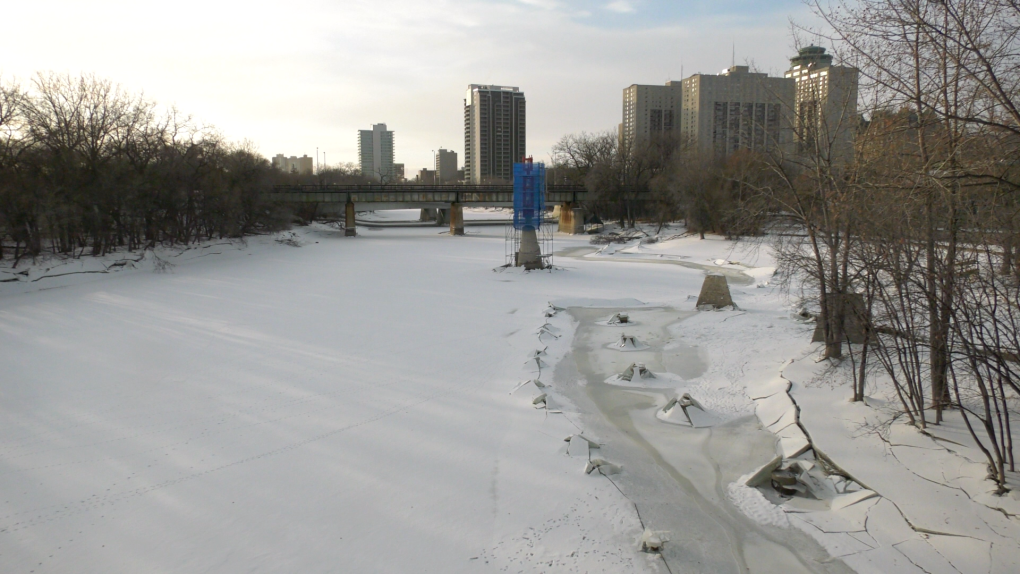 As of Monday evening, the level at the James Avenue gauge was sitting at 8.68 feet -- the lowest it’s been since late September. (Source: Scott Andersson/ CTV News Winnipeg)

WINNIPEG -- It appears the Red River is finally beginning to drop after reaching historic levels this fall, and with the skating trail season just around the corner, The Forks is keeping a close watch.

As of Monday evening, the level at the James Avenue gauge was sitting at 8.68 feet -- the lowest it’s been since late September. The Red River reached approximately 16.75 feet on Oct. 21, which is the highest level since November 2010, when the river crested at 13.3 feet.

According to data from the City of Winnipeg, it appears the average river level for December is between zero to three feet.

These unusual levels have The Forks keeping a close watch as skating season approaches -- however it noted we’re still in the early days of the season. It said the Red River Mutual Trail typically doesn’t open until late December to late January, so there’s still a chance Winnipeggers will be able to lace up.

The river trail was open for a record 76 days in 2019, said The Forks. Two years prior, in 2017, it was open for the shortest amount of time at 33 days due to mid-February rain.

The Forks will update conditions on its website daily.