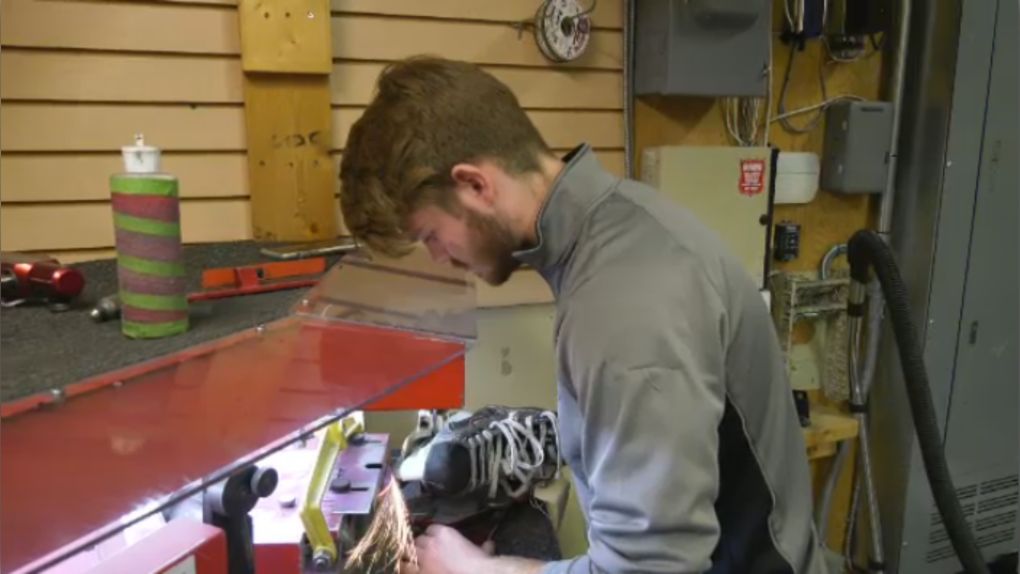 WINNIPEG -- The Winnipeg hockey community is rallying together with the goal of helping 19-year-old Reese Ketler, after his life was transformed by an accident on the ice last month.

The store “Play it Again Sports” on St. Anne’s Road held an event called “Sharps for Reese” to support the teenager who was paralyzed while playing for the St. Vital Victorias Junior Hockey team, part of the Manitoba Major Junior Hockey League.

“Nine dollars a sharpen adds up pretty quick,” said “Play it Again Sports” manager Ryan Clapham. All proceeds from skate sharpening between Jan. 10 and 12 will be donated to a GoFundMe page.

The campaign has already hit its target of $250,000 to help the Ketler family buy medical equipment like a wheelchair. Donations will also be used to make their home and vehicle more accessible.

“His life in general has changed dramatically,” said Clapham, who has a personal connection to Ketler. The two played hockey together last year. “The money is going to help him and his family in that journey.”

The 19-year-old severely injured his spinal cord, after he collided with another player and went head first into the boards. It left him paralyzed from the chest down and caused paralysis in his hands.

Clapham said the 19-year-old is drawing strength from support he has received nationwide.

“It’s helped him quite a bit. Not just from our store, but in general. It’s really helping him get through to the next stage, which is getting out of the hospital.”