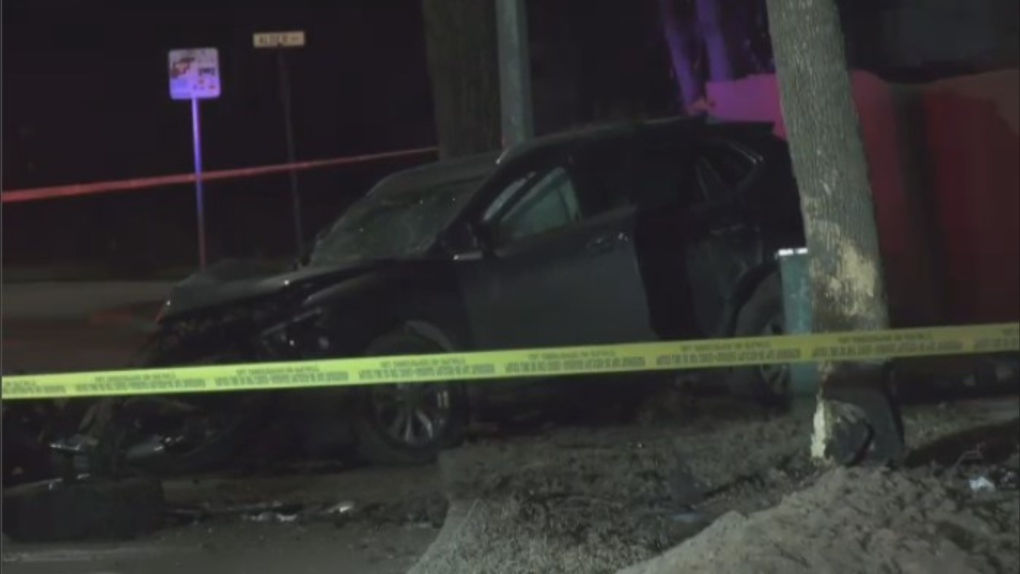 A single-vehicle crash Wednesday morning on Dale Blvd. in Charleswood has blocked the road in both directions. (Image: Kenneth Gable-CTV News)

WINNIPEG -- Winnipeg police are on the scene Wednesday morning of a serious crash on Dale Blvd. in the Westdale area of the city.

Emergency crews were called to the location shortly after 1:00 a.m. to find one vehicle involved in the crash on Dale near Chiltern Place.

Police say Dale remains blocked in both directions as the investigation continues and it will likely remain so for several more hours.

Four people were taken to hospital, two of whom were in critical condition. One of the other occupants was in unstable condition and the fourth was stable.

As of 8:00 a.m., all four victims have been upgraded to stable condition.

CTV News video from the scene showed the vehicle, an SUV, badly damaged and sitting sideways on the boulevard.

Police are asking drivers to avoid the area.

With files from CTV’s Ken Gabel.