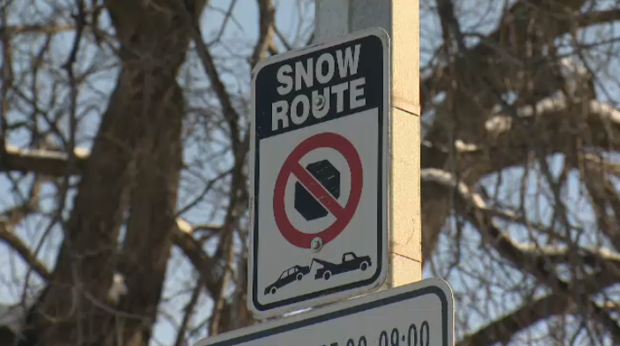 An annual overnight parking restriction goes into effect in Winnipeg on Saturday, Dec. 1.

Beginning this weekend, vehicles will no longer be able to park on designated snow routes between 2 a.m. and 7 a.m.

The City of Winnipeg reminds drivers to avoid a ticket and a tow by being on the lookout for signs marking snow routes, or by looking up their street online or by calling 311.

The annual snow route parking ban will be lifted March 1.

People are also reminded to be mindful of other parking bans that may be enacted in the winter months, including a declared snow route parking ban extending the hours on snow routes, a residential parking ban called in response to extreme snowfall, a snow emergency parking ban and temporary no parking bans. More information is available on the city’s website.