Speed skater Alexa Scott won't be slowed down by pandemic

“My ultimate goal is making the Olympics,” said Scott.

The speed skater is a two-time national junior champion and was recently named Manitoba’s female junior athlete of the year. Now she is preparing for a new milestone.

“I’m moving to Calgary to train with the national team,” said Scott. “I’m planning on living there full-time, for as long as I can take a run at this.”

But like so many athletes, she’s facing an unexpected adversary: the COVID-19 pandemic. “I found it really heard. The season halted so fast.”

Scott has been speed skating since she was nine years old, but the corona virus could delay her plans for the future. “It’s a lot of uncertainty going into the new season,” said Scott. “Everyone is in the same boat.”

This isn’t the first time Scott has faced an unanticipated obstacle. Days before competing at the ISU World Junior Championships in Tomaszow Mazowiecki, Poland last February, she came down with food poisoning. Despite the setback, Scott returned home a bronze medallist. 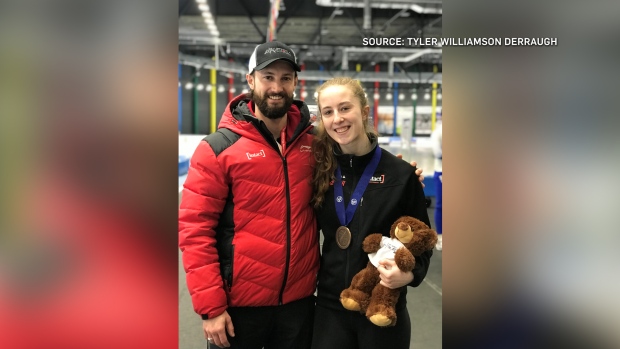 “She’s a ferocious competitor,” said Scott’s coach Tyler Williamson Derraugh, who has watched her grow as an athlete over the past five years. “She has learned time and time again that things don’t have to be perfect in order for her to succeed.”

Williamson Derraugh acknowledged it will be hard to say goodbye to Scott, but said her talent and tenacity will carry her far. “When you combine that with the work ethic she has, the determination makes her kind of unstoppable.”

While it’s not clear whether the pandemic will affect the season, Scott said she trains regularly. She bikes and exercises at home, while also working part-time and preparing to study biology at the University of Calgary next semester.

Scott said she will keep pushing forward, even if the path forward is unpredictable. “I’m ready for the next step in my career,” said Scott. “It’s two years until the Olympics, I’m trying to stay positive.” 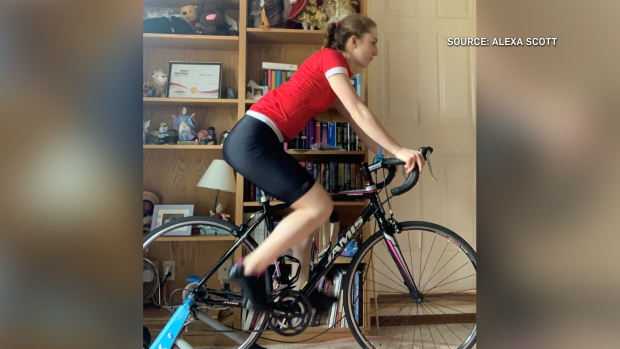