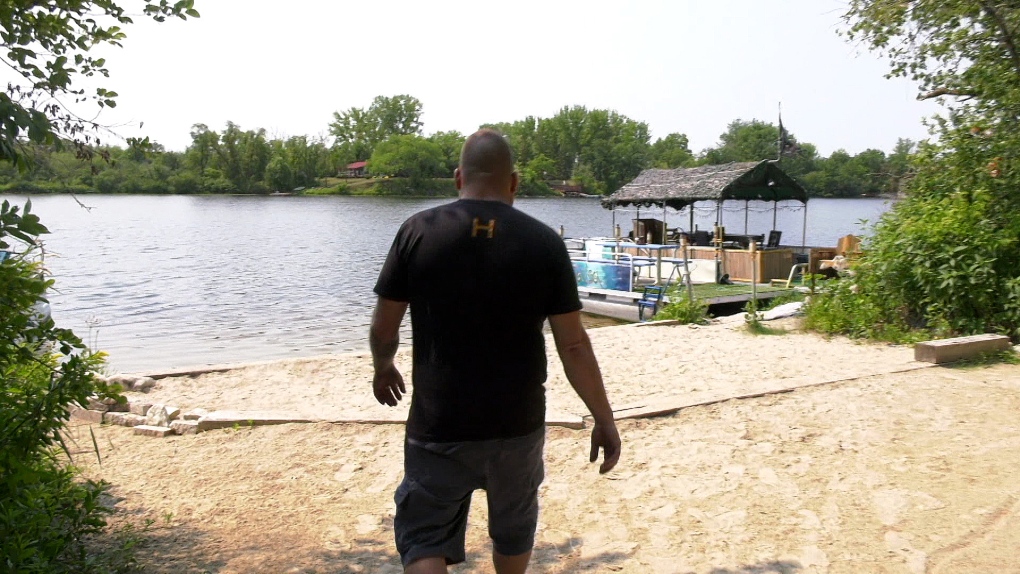 Daryl Sabourin said he grew up swimming at this small beach on the Crown land shores of St. Malo Lake as a child in the 70s. (Source: Danton Unger/ CTV News Winnipeg)
WINNIPEG -

A Manitoba man who three years ago reclaimed a small-secluded beach on the Crown land shores of St. Malo Lake wants answers after learning the province may have plans to turn it into a parking lot.

For Daryl Sabourin, this small piece of land has been a part of his life for decades. Sabourin said he grew up swimming at the beach as a child in the 70s.

"Three years ago, I decided to reclaim the beach so my children can swim here like I used to," Sabourin said.

He said he spent around $2,000 to reclaim the beach – stripping the topsoil, bringing in fresh sand, digging in breakers to keep the beach from eroding, and building a shed for beach equipment.

Sabourin unofficially named the area 'Kate's Beach' after his daughter. 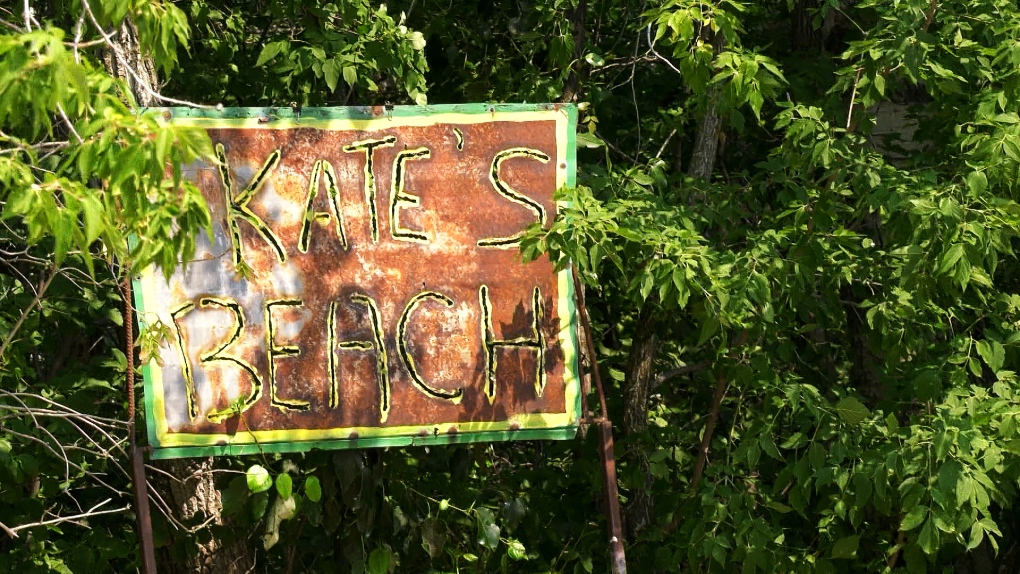 The only problem – the beach is on Crown land owned by the province. According to the Crown Lands Act, it is illegal to build any building or structure on Crown land without authorization.

A provincial spokesperson told CTV News the province has received a Provincial Waterway Authorization signed by Sabourin, which may allow him to keep his storage shed and other personal property on the land subject to certain restrictions.

Among those restrictions in the authorization which CTV News obtained a copy of, the province can – at its sole discretion – give Sabourin 30 days’ notice to remove or relocate the property at his own expense if the area is required by Manitoba for, "other governmental purposes."

Sabourin said this has him concerned after learning of plans that the area, which is next to a small boat launch, could be turned into a parking lot. 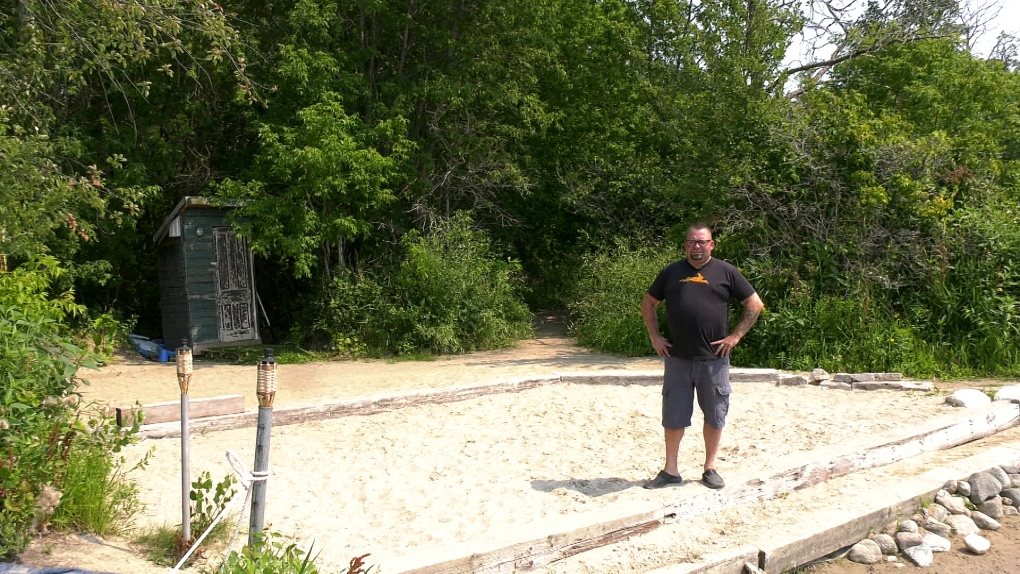 The provincial spokesperson told CTV News there are ongoing parking and public access issues in the area of the beach, with the province and rural municipality receiving many complaints each year.

"In order to improve public access to the reservoir, the option of constructing a parking lot has been discussed by MI (Manitoba Infrastructure) and the RM," the spokesperson told CTV News in a written statement.

"No decisions regarding the construction of a small gravel parking lot have been made at this time."

The province would not say how the beach would be impacted if a parking lot were to be built.

RM of De Salaberry Reeve Darrel Curé said because this is Crown land, the rural municipality doesn't question the province's use of the area. 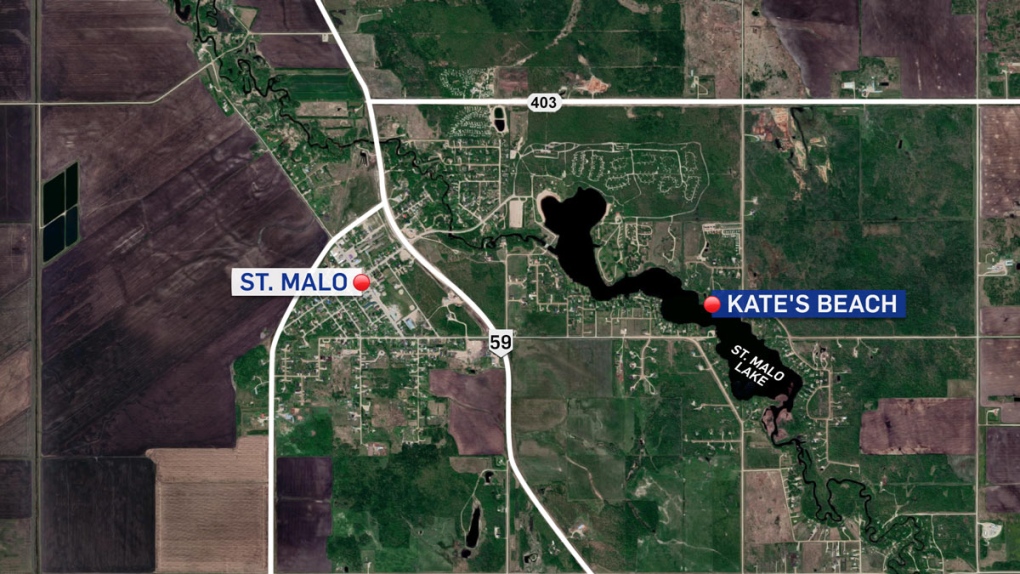 The approximate location of the beach on Crown land that Daryl Sabourin has been reclaiming, unofficially calling it Kate's Beach.

Sabourin said he has jumped through hoops to get the authorization to use the beach, and doesn't believe a parking lot is needed.

"This is not a beach that is used by many of the public. It's mostly a community beach," he said.

"I don't understand because we have a Provincial Park that is half a kilometre away, and there's two other boat access launches another 500 steps away."

Sabourin said he and some neighbours in the area will be meeting with the government in August.