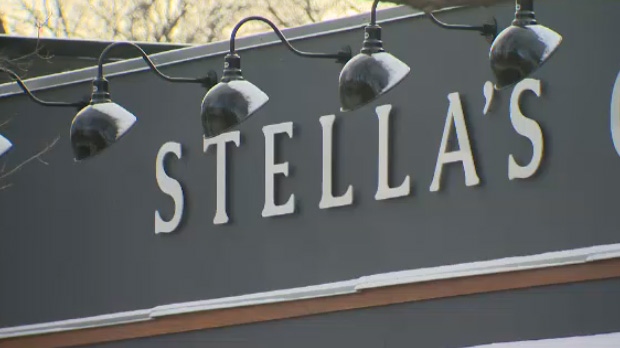 In a statement Monday, Stella said it's immediately addressing the situation in several ways.

Two Stella's employees are taking an indefinite leave of absence from the Manitoba restaurant chain.

The company is also offering an apology and says it’s addressing serious and upsetting allegations.

Stella's made the announcement five days after a group of people who say they are former workers posted their stories on social media claiming a toxic work environment.

The group held a media conference at the University of Winnipeg on the weekend.

They say they've received more than 200 accounts of the work environment, everything from sexual harassment to unethical work practices.

They also spoke about their demands to Stella's.

This included a public apology, compensation for mental health services, and the creation of an HR firm inside the company.

They also stressed the removal of some senior management.

In a statement to CTV News, Stella's said,

“We are deeply sorry for the difficult circumstances and we regret and apologize to all those who are hurting,” it said.

Stella said it's immediately addressing the situation in several ways:

That effective Monday, its VP of Operations Grant Anderson and Regional Manager Brad Burrows will take indefinite leaves of absence from Stella's, to ensure the integrity of the independent investigation process.

And Stella’s will provide enhanced respectful workplace training and policy roll-out to all staff and management.

Stella's says it also issued a message to all staff and managers advising an HR consulting firm will handle investigations into complaints.

"Stella's is committed to ensuring the integrity of independent, confidential third-party investigations into serious and upsetting allegations and complaints being circulated in our community about our restaurant operations," the statement said.

Not My Stella’s weren't making themselves available for interviews and directed CTV News to their Instagram page.

Stella's said it closed its Sherbrook location for a staff meeting Monday and it will be closed tomorrow.

The chain is also encouraging anyone with allegations or complaints to submit them to the Manitoba Human Rights Commission and/or Manitoba Employment Standards.

Stella's said it's committed to restoring the trust and confidence of staff, customers and the community and will do everything to create a respectful and safe work environment.

The Manitoba Restaurant and Foodservices Association told CTV News Monday these types of human resources and human rights issues are outside of its scope, but the association does work to make the industry better.

It said two Stella’s locations are members of the association and the allegations are not reflective of every operation.

It said it does plan to discuss the topic at a board meeting next week.