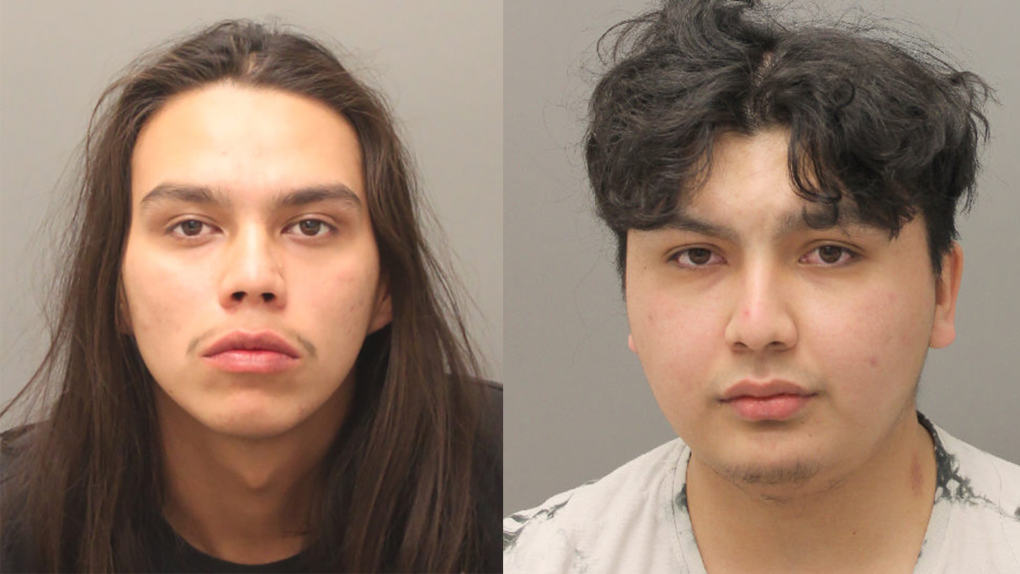 Two suspects have been arrested in connection with a double stabbing that sent two men to hospital.

Mounties said Monday they were called to the incident in Camperville, Man., on Saturday at around 5:15 a.m.

Officers went to a home on Sagemace Street to find two men lying on the ground outside, in need of medical attention.

Officers say an initial investigation found a fight broke out between two groups of people in front of a home. Police say it may have started as a robbery of a woman walking on the street. Other people found out and arrived at the home where the fight ensued.

At the time, police said Wilfred James Chartrand, 18, was being sought by police. A second suspect, 20-year-old Carson Richard, was arrested on Monday.

However, officers gave an update Tuesday, noting Chartrand had also been arrested.