'The audience just went wild': Local choir performs with The Eagles on stage at Winnipeg concert

'The audience just went wild': Local choir performs with The Eagles on stage at Winnipeg concert 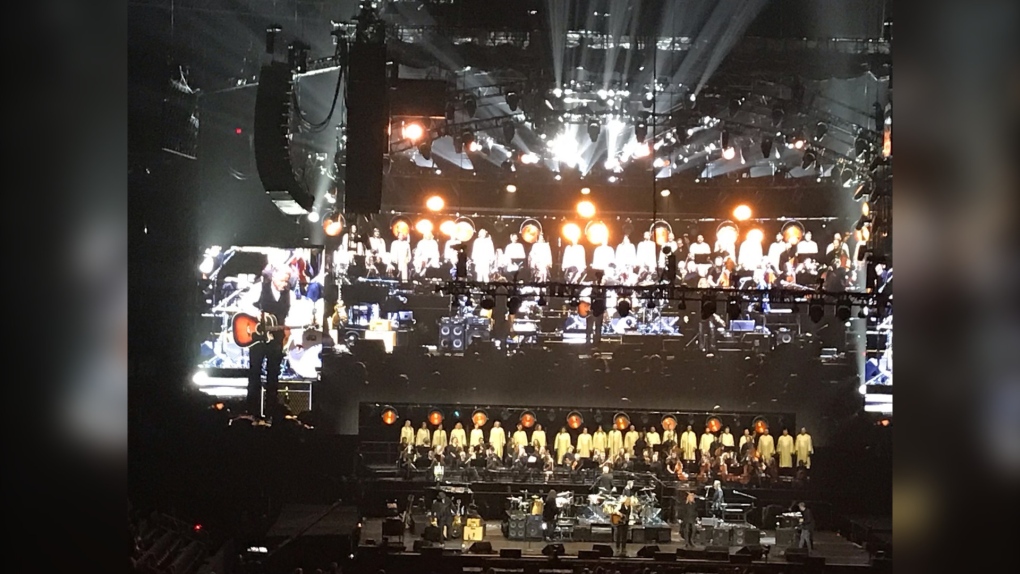 Winnipeg-based choir Horizon was invited to perform alongside The Eagles during the Winnipeg stop of their Hotel California 2022 Tour. (Source: Johanna Hildebrand)

A Winnipeg choir felt more like rock stars Friday night after performing on stage with The Eagles at Canada Life Centre.

Horizon Choir was invited to perform with the iconic band during the Winnipeg stop of their Hotel California 2022 Tour, which features the band playing the titular album in its entirety.

Horizon Artistic Director Johanna Hildebrand said the choir performed part of the song “The Last Resort,” which closed out the first act.

“I think because of COVID protocols, we were not able to rehearse with the band, or the choir wasn't in fact able to go on stage before the actual event,” Hildebrand told CTV News Winnipeg in an interview.

“So we rehearsed with the track that they had given us as a rehearsal track, and then it was pretty exciting.” 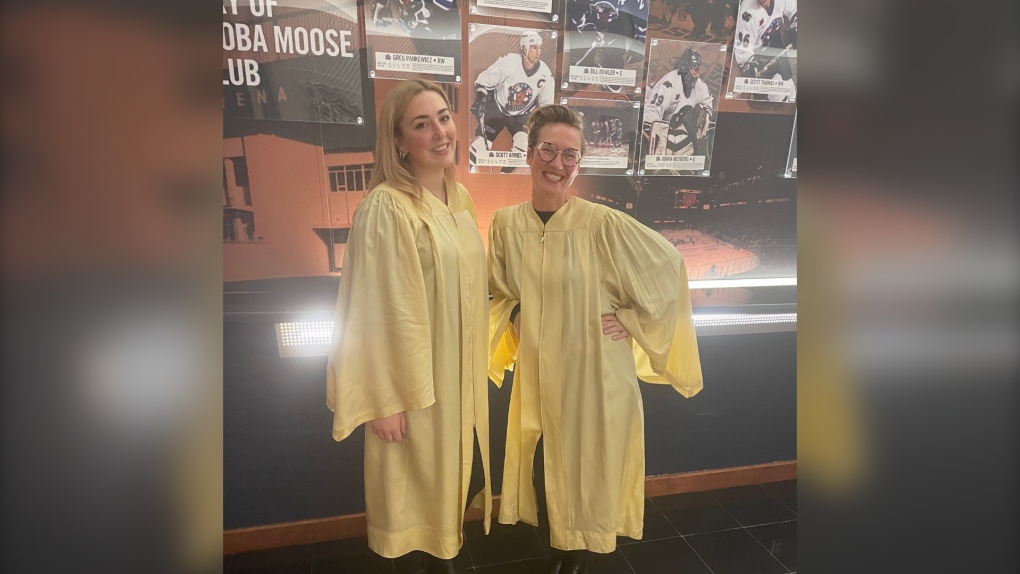 Hildebrand said the choir is used to performing at a variety of venues, but never one quite like this, especially with no rehearsal in the space beforehand.

In fact, they were only filled in moments before stepping out that the stage they would sing from would rise during the performance.

Still, Hildebrand said the choir was cool, calm and collected as they walked out at Canada Life Centre in front of thousands of screaming fans.

“It was really neat,” she said. “They began “The Last Resort” and it's pretty calm and then suddenly, the choir and a bunch of string players rose up and then got back-lit, and then the audience just went wild.” 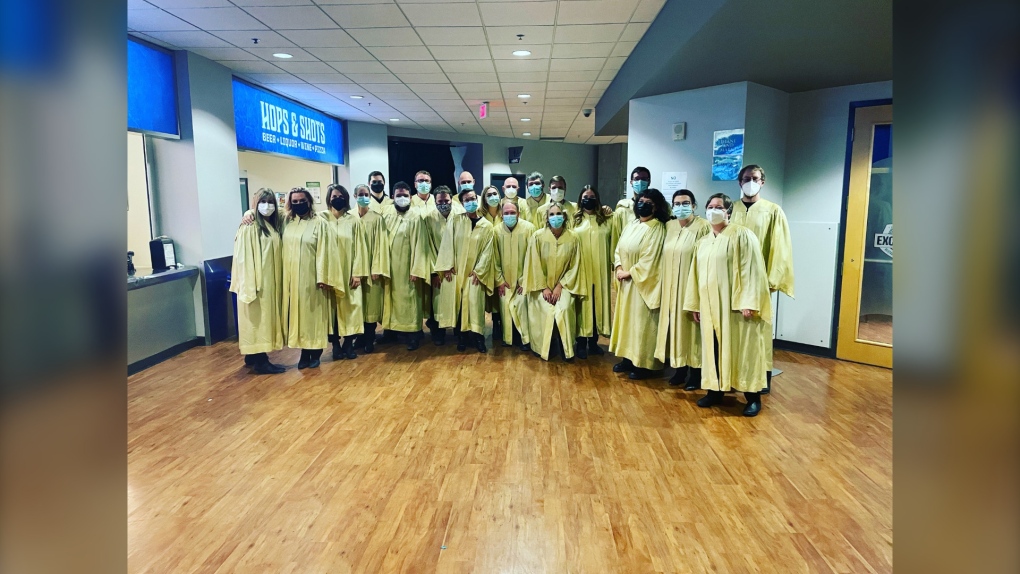 The choir, which specializes in contemporary, avant-garde choral music, is accustomed to the adrenaline of live performances, but never quite like this.

Hildebrand said some singers were even recognized when walking through the crowd after the performance, eliciting cheers from fans lining up for beer at intermission.

“Choirs don't often get the opportunity to be totally fangirled, and so that was it was pretty exciting.”

The Senate passed bipartisan legislation Tuesday to protect same-sex marriages, an extraordinary sign of shifting national politics on the issue and a measure of relief for the hundreds of thousands of same-sex couples who have married since the Supreme Court's 2015 decision that legalized gay marriage nationwide.

From major upsets to heaps of added time to huge moments for Cristiano Ronaldo and Lionel Messi, CTVNews.ca looks at the biggest on-pitch takeaways at the halfway point of the men's World Cup.