The discovery of a cenotaph in St. Norbert sparked a decades-long Remembrance Day tradition 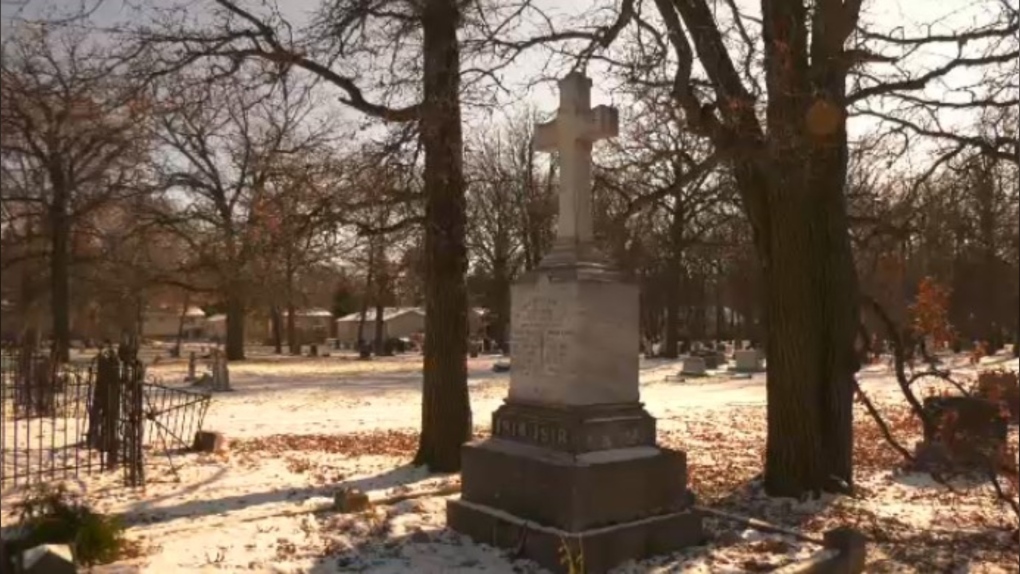 WINNIPEG -- A monument in the St. Norbert Cemetery, that for years stood unknown to most residents, has become the site of a decades-long Remembrance Day tradition.

“Most monuments here have one family name, this has 13 different names,” he said.

“I kind of thought there was something associated with (the First World War), but it had been forgotten.”

The following year, Bloomfield, not wanting the monument to remain forgotten, bought a wreath and a cross and decided to hold a service at the cenotaph.

He expected it to be a small service, but much to his surprise about 50 people showed up.

“Fort Garry Horse sent some people out in uniform. Our MP, our MLA, our city councillors were all involved. It was quite impressive,” he said.

Now the Remembrance Day Service is heading into its 10th year, and Bloomfield said caring for the monument has become a community project.

“People do things for it because it’s a part of our neighbourhood,” he said.

Three people who will be attending are family members of one of the 13 people honoured by the cenotaph.

But Bloomfield is hoping to find more.

He said they are working diligently to find the family members of these people, who came from St. Norbert and southeastern Manitoba.

“Big families back then, there must be relatives, but they don’t know to look. In some cases the names have been misspelled or the first name is not the name the person went by,” he said,

He said a booklet is being created with information on all 13 people, so more families can be found.

Bloomfield said he’s pleased with how things have progressed over the last ten years, but he’s hoping that young people continue the tradition.

“That’s our honest hope: that somebody will keep this going,” he said.

- With files from CTV’s Jon Hendricks