The mysterious case of the Bombers' starting QB 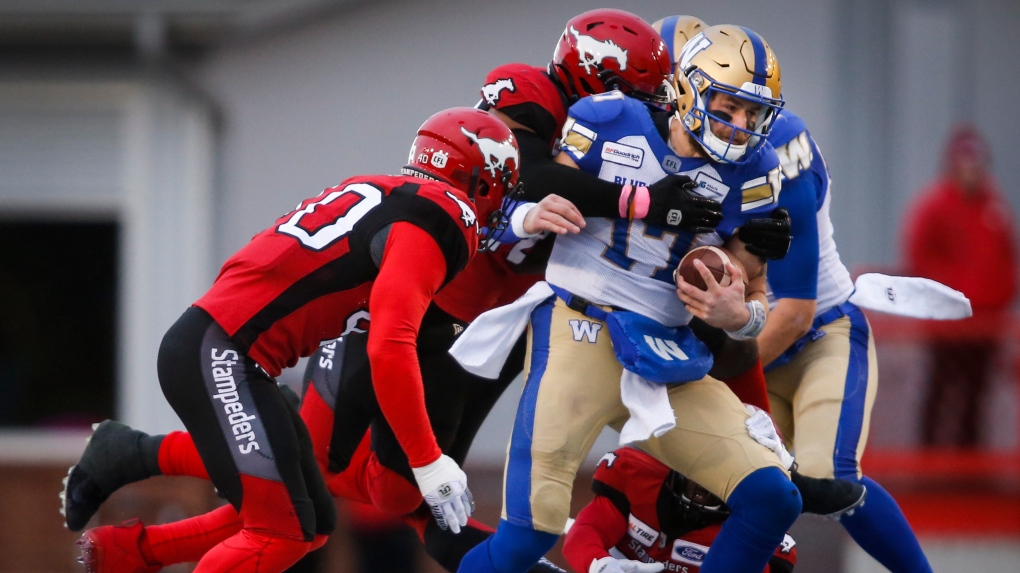 “Day three of closed practice, and given the time of year and our situation, I’m not going to reveal any roster information,” he said, before any reporter had a chance to ask a question.

Just two days before the Bombers play their final game of the regular season, had O’Shea even decided which quarterback would be his starter?

Chris Streveler has been under centre for the last eight games, coming away with just three wins, and limping noticeably during and after last Saturday’s loss to the Stampeders in Calgary. A closed practice on Wednesday meant there was no way of telling whether or not he was healthy enough to take to the field.

Sean McGuire, who attempted a pair of passes and completed one for three yards in that game, is an option to start against Calgary this Friday. But it was trade deadline acquisition Zach Collaros who took the first team reps in Tuesday’s practice.

“When you’ve competed against him you see the same stuff,” linebacker Adam Bighill said of Collaros. “You see good decision-making, you see leadership, you see him communicating with his guys, getting people in the right spots, and it’s good to have a guy like Zach here if we need to use him.”

The Bombers are far and away the CFL’s top rushing team, averaging 151.4 yards every game, nearly 30 yards more than the second place Montreal Alouettes. But the team could have a different approach if anyone but Streveler is pegged as QB1.

“Whoever is in the mix is obviously going to be in the situation where we’re not going to be running the football maybe as much, because nobody is as effective as Streveler is,” said running back Andrew Harris, who leads the league in rushing with 1,316 yards in 15 games. “Obviously having a new voice in there, a new voice in command is going to be quite a bit different.”

The Bombers and Stampeders are teams headed in opposite directions as the post-season approaches: Calgary has won six of their last seven games, while Winnipeg has gone 2-5 in that span.

“We’re near the end here, we’ve got to fix it now, we’ve got to put our best foot forward going into these playoffs,” said Harris. “This is the last game to get it right. You don’t want to be trying to figure things out when you’re in the playoffs and playing in a game.”

There’s no way to finish atop the division anymore, so the goal becomes second place, hosting the Western Semi-Final, and a win Friday night is the only way to get there. Beyond that, they need Calgary to lose their week 21 matchup with the B.C. Lions.

“This is for a home playoff game, I mean it doesn’t get any more important than that,” said Bighill. “We understand the importance of this game and the magnitude, we’ve just got to come out and rise to that occasion.”

The Bombers have a bye in the final week of the regular season, and the Western Semi-Final is set for Sunday, Nov. 10.