'They're going through a genocide too': War in Ukraine compared to Holodomor

'They're going through a genocide too': War in Ukraine compared to Holodomor 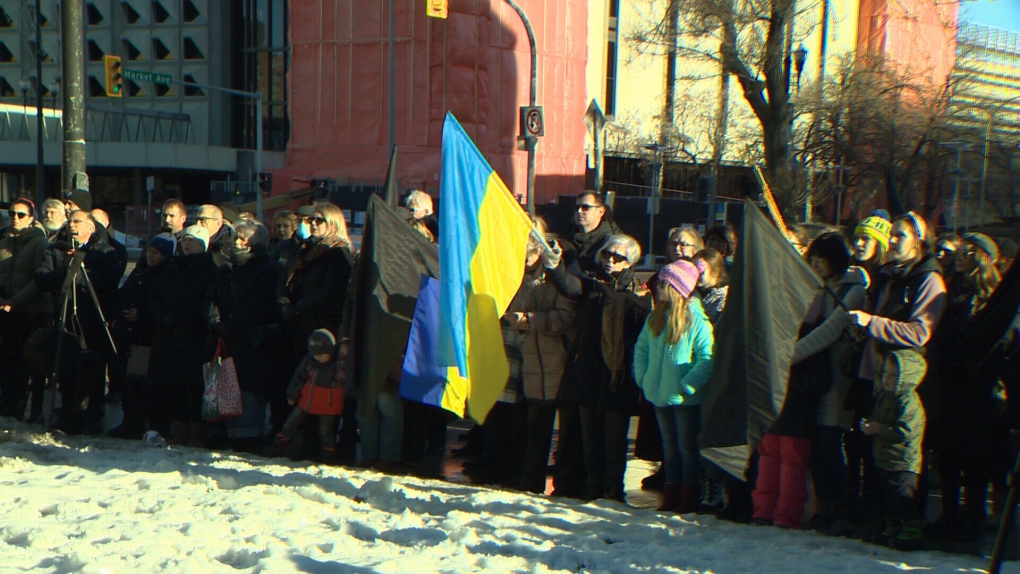 Hundreds of Winnipeggers gathered at City Hall Saturday to remember victims of the Holodomor, a man-made famine that killed millions of Ukrainians in 1932-33.

The Holodomor – which literally means "death by hunger" in Ukrainian – took place under the regime of U.S.S.R. leader Joseph Stalin. Scholars estimate up to seven million Ukrainians died from starvation during the collectivization of agriculture under Soviet rule.

The ceremony commemorated the 89th anniversary of the tragedy. Mayor Scott Gillingham and several other politicians were at the event.

Joanne Lewandosky, President of the Manitoba Provincial Council of the Ukrainian-Canadian Congress, said this year's event had special meaning for those who have recently fled Ukraine because of the war with Russia.

"A great portion of the people (that) were here are newcomers," said Lewandosky. "They're going through a genocide too. It's on the same parallel as the one that happened '32-'33."

She said the current conflict feels like the Holodomor all over again. "Their homes are being bombed, they're losing whatever they’ve had, they’ve had to move, and it's Russia against us again."

Attendees carried black flags to commemorate the Holodomor, and Ukrainian flags to show solidarity with Ukraine in the current conflict. Hymns were sung in remembrance. A banner read "To their eternal memory, to Moscow's eternal shame!"

It's a message more relevant now than ever before, according to Lewandosky. She said Manitoba continues to welcome hundreds of Ukrainians fleeing the war each week.

"Let them find a new home, a place where there's democracy, there's peace, and there's caring."