Brandon police have made one of the largest cocaine busts in its history, taking down an alleged family drug-trafficking network that brought in kilograms of cocaine into the city.

The bust comes after more than a year-long investigation dubbed Project Banish, leading police to seize $900,000 worth of cocaine that would have otherwise ended up on the street.

"This is a significant seizure, absolutely. One of the largest, if not the largest, street cocaine seizure that we've had," said Brandon Police Service Deputy Chief Randy Lewis.

The project began in September 2021, and just wrapped up early last week.

Throughout the course of the investigation, police learned of a 'sophisticated' network of local drug traffickers bringing kilograms of cocaine into Brandon mainly from Ontario and British Columbia.

He said investigators used wiretaps in the investigation, intercepting communications of the drug trafficking network. Police allege the leader of the network worked with family and friends to distribute the drugs throughout the city.

"Organized crime section members also established and confirmed that (the leader) distributed cocaine to his various sub-dealers, and learned that his network included all of his immediate family members," McBeth said. 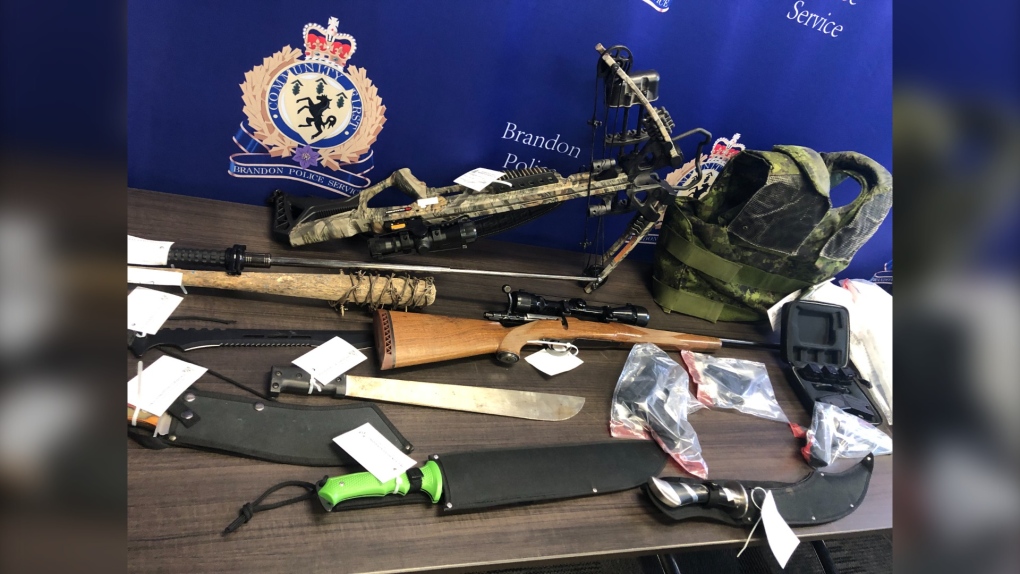 Multiple vehicles, which include a 2011 Lincoln MKS, a 2003 Harley Davidson motorcycle and a 2003 Victory motorcycle, were also seized.

Police have arrested 10 people so far, laying 33 criminal charges against them. Logan Bickerton, 27, is among the suspects facing multiple drug-trafficking charges.

The charges against him haven't been proven in court.

McBeth said more arrests and charges are anticipated in the near future.

He added investigators worked with multiple agencies, including Winnipeg police, throughout Project Banish, and received funding through the Manitoba Criminal Intelligence Centre.

CTV News has reached out to the province to find out how much funding was provided for this project.

"This is an example. We know that drug dealers, while this was operating in Brandon, we do know that generally there is not borders and boundaries that are operated within," Goertzen said.

He said people can sometimes mistake the big impact independent networks, like the one busted in Brandon, can have.

As for Project Banish, McBeth confirmed there is a concern the takedown of this network could create a void in the community that another network will try to fill.

"I'm sure there will be another group looking to fill that role and we will do our best to discover who they are and take them down as well," he said.

'We must meet this moment': Trudeau delivers speech to Liberal caucus

Prime Minister Justin Trudeau called on his Liberal caucus to meet the moment as Canadians deal with the high cost of living, a struggling health care system and the effects of climate change.

Though you won't be able to sit on the old, cracked pleather benches and take in the thick smell of gravy and fries, while the gentle sound of clanging dishes provides the soundtrack for your lunch, Zellers plans to roll out food trucks for those 'craving a taste of nostalgia.'

Pamela Anderson is addressing discussion about a story regarding her 'Home Improvement' co-star Tim Allen that is part of her new memoir, 'Love Pamela.'

What should Canada be doing about climate change? 25 recommendations

The national Net-Zero Advisory Body released 25 recommendations Friday for how Canada can adjust its climate plan to reach net-zero emissions by 2050 — a goal that the country is not on track to reach right now, according to the report.

The federal government posted a budgetary deficit of $3.6 billion in the first eight months of the fiscal year.

What looks like a giant teddy bear’s face peering into space from the surface of Mars is actually a satellite image of some craters and a circular fracture, scientists say.

Some U.S. auto insurers are refusing to cover some Hyundai and Kia models

Progressive and State Farm, two of America's largest auto insurers, are refusing to write policies in certain cities for some older Hyundai and Kia models that have been deemed too easy to steal, according to one of the insurance companies and media reports.

Conservative Leader Pierre Poilievre doubled down on his belief that "everything feels broken" Friday, as he laced into Prime Minister Justin Trudeau for suggesting otherwise.