Train derails near Rosser during thunderstorm 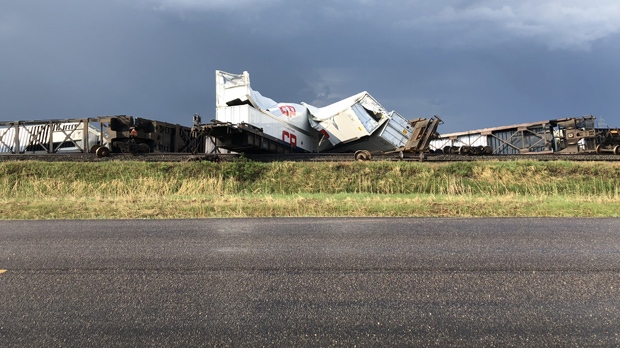 The Mounties said no one was hurt and no dangerous goods were being carried by the train. (Source: Manitoba RCMP)

It happened shortly after 6 p.m. on the CP Rail line near Rosser, RCMP said.

A spokesperson for CP Rail said the train was heading eastbound, carrying shipping containers on flatcars. they said no one was injured and there were no environmental concerns.

RCMP couldn’t say what caused the derailment, but noted a strong thunderstorm blew through the area at the time.