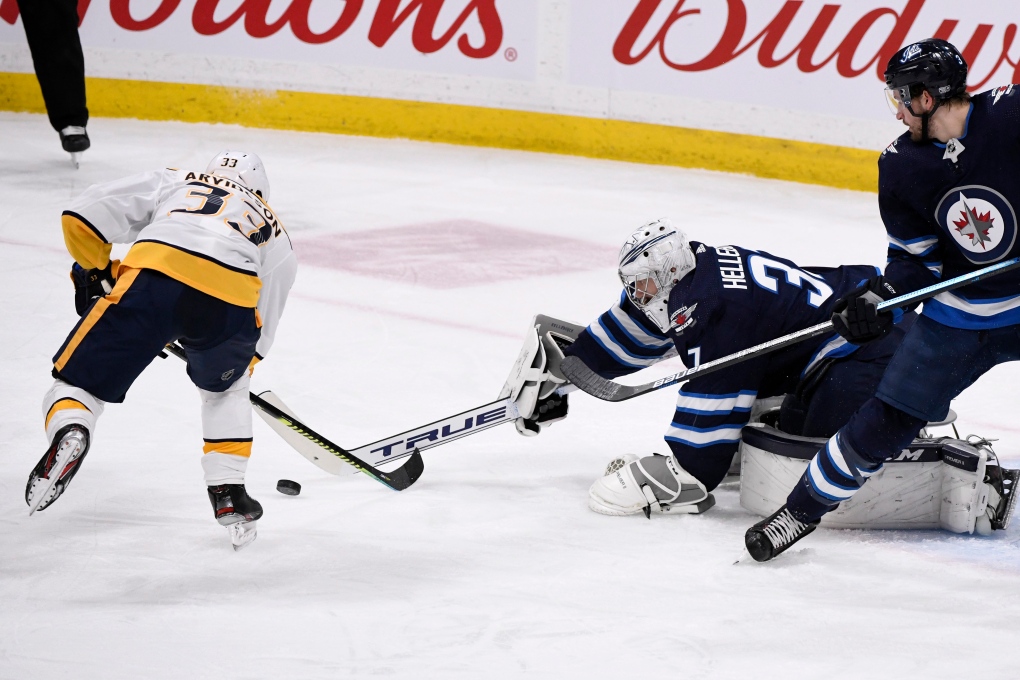 WINNIPEG -- The Jets committed 11 turnovers in the first period of Sunday afternoon’s game against the Nashville Predators, one of which resulted in a Kyle Turris tally that wound up being the game’s only goal.

“Yeah I would say that’s pretty much it,” said forward Andrew Copp of his team’s start. “11 giveaways in 11 minutes.”

Head coach Paul Maurice characterized that first period as being similar to four of the Jets’ last five games, where both teams were turning the puck over with frequency.

“You get into a game like today, you’ve got to get your head back into hockey,” he said. “You have to sweat and hit and bang, and do hard things to get pucks to the net. We got to it, and truthfully on a one-goal down, you’re in pretty good shape, you survived it, you survived your period. But we needed to get one to go to make that true.”

“I think the first period coming off a road trip, it’s always sluggish,” said captain Blake Wheeler. “Second period was better, and then the third period we didn’t kind of get the looks we were looking for, but it was more or less a stalemate. They got one opportunity, they buried it.”

The Jets were shutout for the first time since November 12, despite firing 28 shots on Nashville netminder Juuse Saros. Many of those came from the point, with the Predators’ defence collapsing into the middle of their defensive zone, blocking 18 shots in the game.

“He stopped every one of them, so I don’t think we did enough obviously,” Copp said of Saros. “We could’ve done better at getting more pucks to the point honestly. We were holding on to a couple down there that we probably didn’t need to , and once we did we weren’t getting enough people in the lane and we weren’t getting enough shots through. An area of improvement for sure.”

Jets’ defenceman Tucker Poolman left the game in the first period after taking a hit from Yakov Trenin. He favoured his right leg following the hit.

“It was enough that they didn’t want him to test it,” said Maurice of the extent of Poolman’s injury. “We’ll get it looked at tomorrow.”

“Hopefully he’s doing alright, and hopefully he can be back soon,” said Poolman’s defence partner Josh Morrissey. “I think he’s been playing awesome for us, tough to see him go down.”

The loss makes the Jets 0-5-1 in their last six games at Bell MTS Place. They’ll play game two of their three-game homestand on Tuesday night against Vancouver.