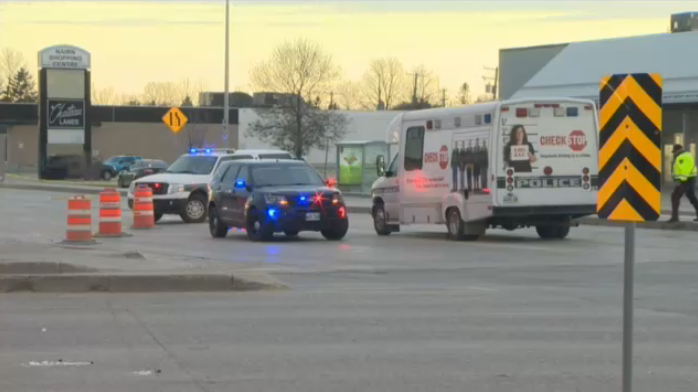 A man and woman are dead following a crash on Tuesday at the Panet Road and Regent Avenue West/Nairn Avenue intersection.

Police happened upon the collision around 12:20 a.m., and found two people who were seriously hurt. They were taken to hospital in critical condition, but have since been pronounced dead. Efforts are now being made to notify their families.

The driver involved in the crash stayed at the intersection and spoke with police. Police said it’s believed the car was driving westbound on Regent Avenue West and the pedestrians were crossing southbound at Panet Road when the collision happened.

The traffic division is investigating and looking for witnesses. Anyone with information is asked to contact 204-986-7085 or Crime Stoppers.