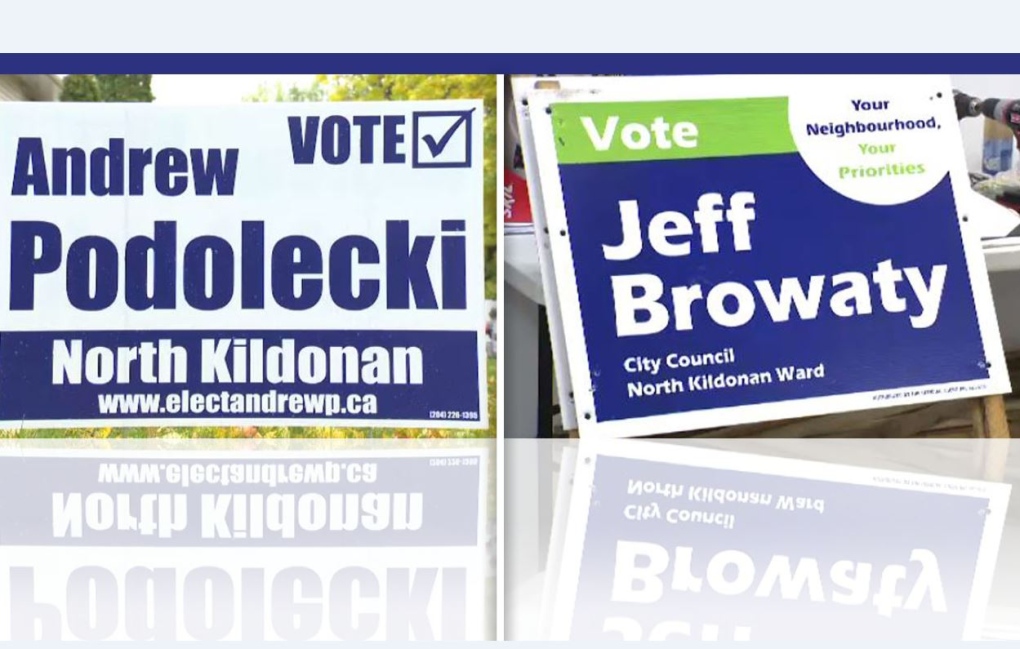 Three-time city councillor Jeff Browaty is up against a Andrew Podolecki who has two election campaigns under his belt.

There's just one month to go before Winnipeggers head to the polls and vote in a new city council on Oct. 24.

Three-time city councillor Jeff Browaty is up against Andrew Podolecki, 26, who has two election campaigns under his belt.

On Sunday Browaty held an open house at his campaign office. He said he's most proud of his work to extend Chief Peguis Trail and develop the Northeast Pioneers Greenway.

Browaty has been a vocal opponent of opening Portage and Main and has endorsed Jenny Motkaluk for mayor.

He said road maintenance and brown water are among some of the issues that need attention.

Andrew Podolecki said he thinks it’s time for new and different ideas, and more needs to be done to improve snow clearing, transit and road repairs.

He works in the hospitality industry and studies politics and economics at the University of Winnipeg.

In 2014, he ran for city councillor, and in 2016 he ran in the provincial election under the NDP banner.

Podolecki said while he would like to see Portage and Main open, he will respect the will of his constituents.

He said he's still reading the platforms of the mayoral candidates and isn't supporting one over the other at this time.

Siwak said the area is not immune to the meth crisis. He wants the next city council to have more robust, creative and preventative solutions to issues around crime and safety.

He said crime went down in the past three years, but this summer the area saw an upswing.

The group is not supporting one particular candidate. It wants someone who will be a strong voice at City Hall and with city managers.

On crime, Browaty said he supports initiatives to prevent addictions.

"I don't think we are going to be able to police are way out of the meth crisis; it's an addiction, and it’s a problem so that's not the answer," he said.

Podolecki said by addressing health concerns, many crime issues will go away.

“Focus on mental health, treatment of drugs, ensuring our men and women in law enforcement have the tools to act appropriately,” he said.