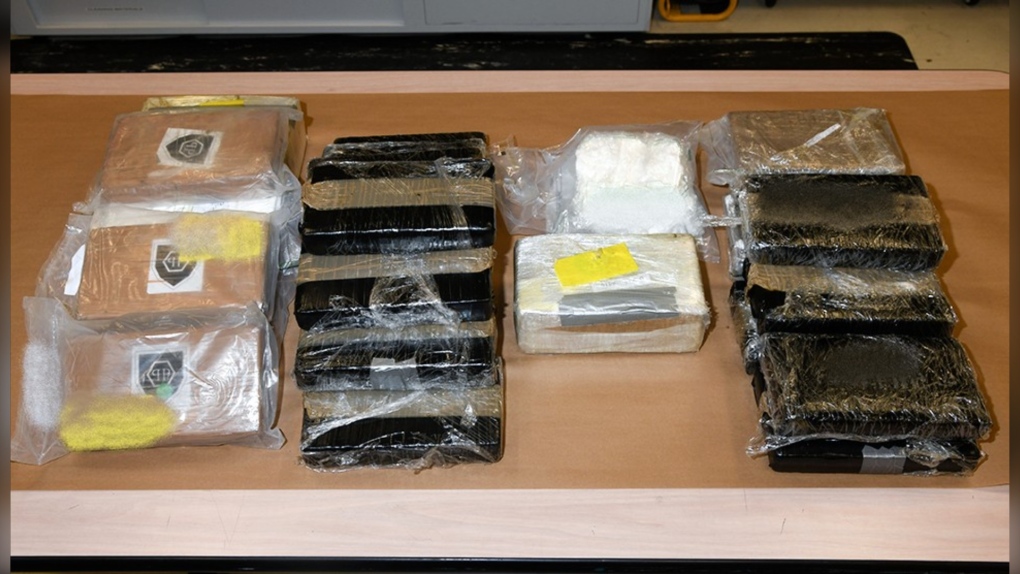 Two Winnipeggers are facing drug related charges after the Canada Border Services Agency (CBSA) seized 30 kilograms of what is suspected to be cocaine at the port of entry in Windsor, Ont. earlier in the month.

The incident took place on Aug. 1, when a commercial truck entered Canada at the Ambassador Bridge and was referred for a secondary investigation.

During the inspection of the cab of the truck, border services officers found a duffle bag with 28 bricks of suspected cocaine, weighing about 30 kg.

The CBSA officers seized the narcotics, and arrested the driver and passenger of the truck.

The RCMP then took custody of the suspects and the evidence, and took over the investigation.

Mounties have charged two Winnipeggers, aged 50 and 31, with importation of cocaine and possession of cocaine for the purpose of trafficking.

They are expected to appear in court in Windsor in September.

Price at the pumps hold no surprise this morning, with national averaging slipping

Drivers across Canada were bracing for a big bump in the price at the pumps today, with whispers of a 10-cent hike. But according to the CAA's gas price tracker, as of 4 a.m., the national average price of gas slipped from $1.64 per litre to $1.61.

Businesses in Canada will soon be able to pass credit card fees on to their customers, thanks to a multimillion-dollar class-action settlement involving Visa and Mastercard.

This year's Nobel Prize in chemistry has been awarded in equal parts to Carolyn R. Bertozzi, Morten Meldal and K. Barry Sharpless for developing a way of 'snapping molecules together.'

Wood from primary forests in British Columbia has been used to fuel the U.K.'s largest power plant, according to a BBC investigation; the company denies the allegations.

Scientists have uncovered an association between tumours and fungi, which may lead to a deeper understanding towards the biology of certain cancers.

A family in Ontario is pleading for help after their daughter goes missing in British Columbia, Canada's public safety minister says the proposed firearms bill is needed to curb gun violence, and the Toronto Blue Jays learn who their wild-card playoff opponents will be. Here's what you need to know to start your day.

The Invasive Species Council of B.C. is asking the public to report sightings of a 'highly toxic' plant that can leave people's skin blistered and burned – something one family recently learned the hard way.