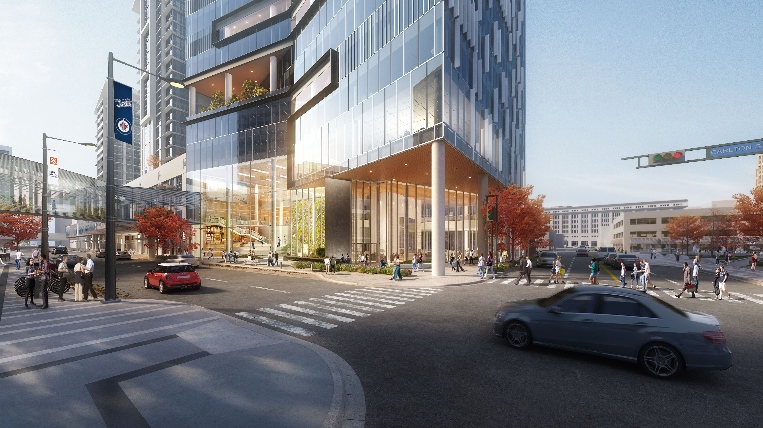 "In expanding our presence in Winnipeg, we strengthen our ability to support the growing needs of our 5,000 employees and two million policyholders across North America," said Evan Johnston, the senior vice president and chief legal and strategy officer for Wawanesa, in a news release.

The insurer, which was founded in 1896, is partnering with True North Real Estate Development (TNRED) on the building, set to be located at the southwest corner of Carlton Street and Graham Avenue - the former locations of Hull's Bookstore and the Royal Winnipeg Ballet's student dormitary. A new RWB dormitary will be built close by, with plans expected to be announced in the coming months.

Around 1,100 Winnipeg-based employees will work out of the new 300,000-square-foot tower, which will feature 19 floors and views of Winnipeg’s skyline.

"We're eager to join the growing community of organizations in True North Square that, we believe, will contribute to the economic prosperity of the province while allowing us to build a stronger sense of community among our Winnipeg-based employees," Johnston said.

The headquarters, which is being designed by Architecture49 and built by PCL Construction, is scheduled to be built by 2023.

"It really enhances the mixed-use development that we've started on, which is office, commercial, retail, residential, parking, public spaces and so on. So we like to think this is a very strategic location between the RBC Convention Centre and Bell MTS Place. We think adding more people is important to any downtown," said Jim Ludlow, president of TNRED.