'We feel settled': Pukatawagan residents to return home thanks to temporary generators

'We feel settled': Pukatawagan residents to return home thanks to temporary generators

A community in northern Manitoba evacuated over a month ago due to the threat of wildfire can return home thanks to the installation of a pair of temporary generators.

Manitoba Hydro said it took over a month of planning, transportation and installation work to bring the two industrial generators to Pukatawagan First Nation.

According to the crown corporation, this will allow residents to return home while the utility works to replace 77 fire-damaged poles on the power line feeding the community.

“A lot of people worked really hard to make this happen,” said Cyril Patterson, Manitoba Hydro’s director of rural operations, in a news release Wednesday. “There’s lots left to do out there, but we’re happy community members can go home while we finish the job.”

The wildfire that threatened Pukatwagan, also known as Mathias Colomb Cree Nation, forced about 2,000 residents to evacuate in mid-July, while damaging the power line to the community. However, Manitoba Hydro notes it left the rail line intact, which allowed the shipment of the two large generators to temporarily restore power. 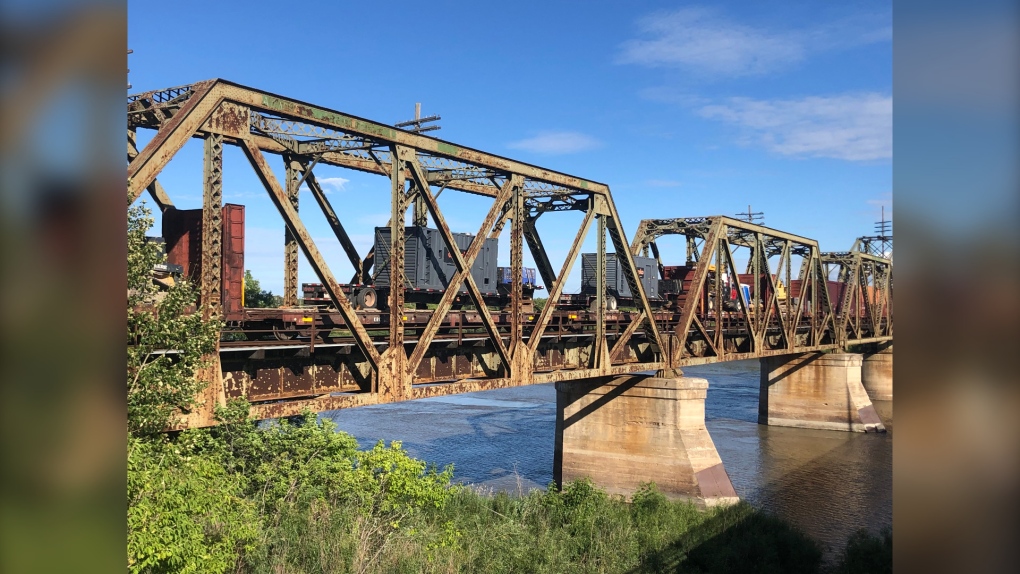 Along with the generators, supplies also arrived via rail to replace 77 fire-damaged poles on the power line feeding the community. (Image Source: Manitoba Hydro)

The 1,500 kV generators are too large to be flown in, Hydro notes, and will be continuously monitored and refuelled while crews work to repair the normal power supply.

“Being in our Treaty Six territory is the comfort of home…we feel settled,” said Mathias Colomb Cree Nation Chief Lorna Bighetty in a news release.

“Installing the generators means that essential services — such as health, water and sewer, service to our homes, access to the outside world through internet services and other media — are available again. We will rest at night and rise in the morning knowing that our families are safe.”

Meanwhile, crews will work setting poles in and around steep cliffs, marsh and rock in order to complete necessary repairs. Manitoba Hydro said this will be a difficult task complicated by access issues.

The crown corporation notes many of the materials required to complete the job arrived on the same 27-car train that also transported the generators.