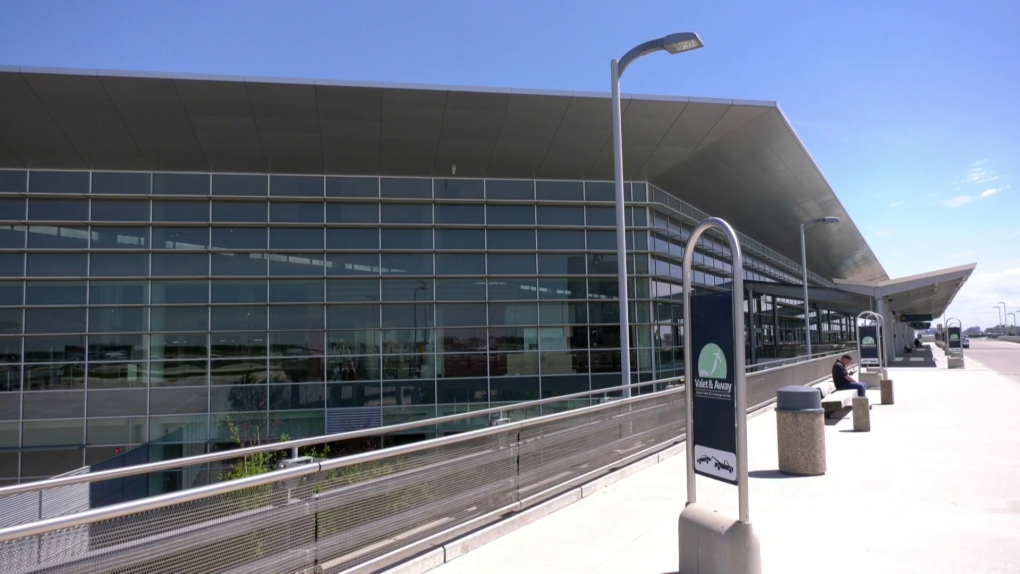 Canadian travellers are having to employ the 'hurry up and wait' practice at airports across the country lately according to new data.

DataWazo has been tracking flight data and it shows that more than half of all flights in Canada's major airports are being delayed or cancelled.

According to the Winnipeg Airport Authority (WAA), this impact isn't being felt to the same extent as other airports in the country.

"We're starting to see a few delays here and there in the last day or so," said Michel Rosset, the communications manager with WAA, adding the delays are not necessarily starting in Winnipeg and instead the airport .

"It's because of that ripple effect. It's being delayed departing from another airport and it just kind of trickling down to us."

Ben Benton and his wife dealt with a delay while leaving Winnipeg to go on their trip throughout Europe at the beginning of June, but that ended up being the least of their worries.

The couple had planned the trip to celebrate their 50th birthdays and fulfill a wish from Benton's late father to scatter his ashes in England where he was from.

The couple flew with Air Canada from Winnipeg to Montreal and then to Charles de Gaulle Airport near Paris. However, when they arrived in France their luggage, which was holding his dad's ashes, didn't arrive.

"We've travelled a lot and never had an issue," he said. "As the crowds dwindled and there are less bags on the conveyor (belt), we started to get worried."

He said they filed a claim to find the bags and decided to continue on with their trip, hoping the bags would show up in the next few days. They continued to check a tracking app for their luggage and tried calling the airport and Air Canada.

"There was just no information. Nothing in the system."

Benton said while they waited, they had to buy a new suitcase and some essentials to get them through the next few days, all the while still hoping their luggage would appear.

"Then we jump on a plane for Seville, (Spain). We jump off the plane and guess what – the same scenario plays out," he said. "We are the last people at the carousel with two other people and no bag. So that's gone missing too."

He said he was dumbfounded at having this incident happen a second time, however this time the suitcase showed up at their hotel within 36 hours. The bag containing his father's ashes was eventually found, but Benton was informed it was being sent back to Winnipeg.

"At this point, my blood is boiling. Now I'm freaking out," he said. "It's on its way back to Winnipeg and what's going to happen? Is it going to be put on my front step? I am not going to be there for another nine days, 10 days."

Benton said his neighbour was able to get the bag for them and confirm it had his dad's ashes inside. He said this whole experience undermined the entire trip.

"It's just this incredible rollercoaster that I don't want to be on," he said. "It's been an absolute gong show. I am shocked at what a colossal mess up it has been at every stage."

'THIS IS ALL WITHIN THE AIRLINES CONTROL'

Amid cancellations and baggage problems – like the one Benton is dealing with – one airline passenger advocate is reminding people they have rights when travelling.

Gabor Lukacs, the president of Air Passenger Rights, said the "mayhem" that people have been dealing with is strictly a Canada problem.

"It's not that other countries don't have a problem at all, but the magnitude and amplitude of the problem is very unique to Canada," said Lukacs.

He said the main issue is airlines have been selling flights, but don't have the staff or capacity to handle the number of people travelling. If people end up dealing with problems, he said they should be turning to the airlines for compensation.

"This is all within the airlines' control. Airlines may try to tell you otherwise, they may try to blame the pandemic, the airport and so on. But that's really a red herring," he said. "Under the Air Passenger Protection Regulations, the airlines are fully responsible for all passengers' meals, accommodation and lump sump compensation of up to $1,000 per passenger."

He said it's important passengers document everything that is happening while they are dealing with these problems and then take action.

"Sue each airline in small claims court. I know it sounds very tedious and Canadians don't like to litigate, but the reality is if you don't do it, you will be playing with the same issues next year. Don't do it for the money, do it because if sufficient numbers of people are doing it, then we have a chance to fix the situation."

When it comes to luggage problems, Lukacs said people should keep a list of what is inside and then go out and buy what would be reasonable for their trip to continue.

"The law is clear that if the airline delays your baggage, the airline is responsible for your expenses. That is up to $2,300 per passenger."

In a statement to CTV News, WestJet said the number one priority is a passenger's experience, but noted problems can arise through a "myriad of challenges".

WestJet said it is taking proactive steps to alleviate issues such as making sure planes are flying in peak performance, hiring more than 1,000 employees across operational areas, informing guests about evolving travel timelines, introducing technology enhancements, and investing in oversight to support third-party providers that deal with baggage services.

"While progress is being made, we recognize at times, we are collectively still falling short on delivering the experience our guests expect and for that we apologize," a spokesperson for WestJet said in an email.

CTV News also reached out to Air Canada but has yet to receive a response.

Rosset said Winnipeggers should expect Thursday to be a busy day at the Winnipeg Airport as more than 11,000 people are set to travel, saying it is the largest single-day travel number since the start of the pandemic.

He reminds people to show up two hours before a domestic flight and three hours before an international departure and leave plenty of time to get through security and find your gate.

- With files from CTV's Annie Bergeron-Oliver