Winnipeg high school student dies due to complications from influenza

WINNIPEG -- A Grade 12 student at Kelvin High School has died due to complications from influenza, according to a letter sent to parents of his schoolmates.

According to a spokesperson from the Winnipeg School Division, Blaine Ruppenthal died on the weekend and the letter was sent to parents and guardians of all students at the school.

The spokesperson also said the family asked them to let the school community know about a memorial Facebook page where friends can share memories and condolences.

The Facebook page is called Prayers for Blaine Ruppenthal.

“We are shocked and deeply saddened by the news of his passing,” said the letter from the high school, which was posted to the Facebook page.

The spokesperson said the school’s crisis response team has been activated.

"Because it's a horrible situation to have somebody, one of your school colleagues pass away so suddenly, so unexpectedly,” said Radean Carter, spokesperson for the Winnipeg School Division.

The response team visited with Ruppenthal’s classes to offer help to students and staff, and a counselling centre has been set up in the guidance area, where students can receive further support.

“So then they can work through the process, so that they can refocus on their studies when the time is right," Carter said. 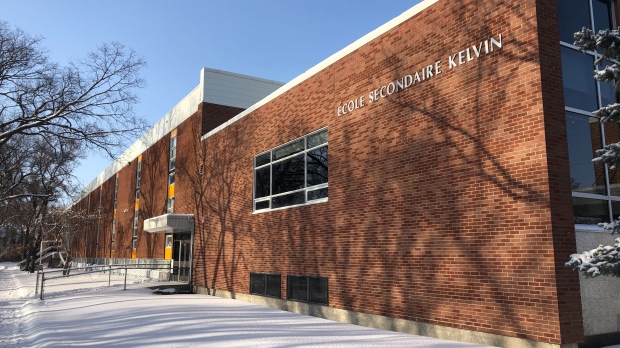 “It is hoped that by providing a supportive place for expressions of grief, the students and staff will be able to understand and cope with the loss,” the letter from Kelvin High School said.

“Just as we have encouraged students to express their feelings here at school, we also encourage you to discuss the death at home.

“Listening to your child and acknowledging their feelings will be helpful. As each child and their experiences are different, the need for discussions and support will also vary.”

According to a Facebook post from Capt. Ang Ramsden, Ruppenthal was a member of the 176 Royal Canadian Air Cadets. Other posts in the Prayers for Blaine Ruppenthal page describe him as “a great friend,” “so kind and warm,” and “very dedicated, hard working, caring and supportive to all those around him.”

"Our hearts go out to the family and the friends of Blaine. This is a terrible tragedy, all we can do is send our thoughts and hope they can get through this situation,” Carter said.

“Whenever we lose someone from our school it’s always sad, luckily it doesn’t happen too often,” she said.

Adams said she learned of Ruppenthal’s death through the news, after her grandfather pointed out that someone from her high school died.

She said she would see Ruppenthal in the resource room, and that the two of them spoke a few times.

Earlier this month, CTV News reported that health officials in Winnipeg are scrambling due to a flu season where multiple strains are circulating at one time.

Health officials said they are seeing cases of influenza A and B, as well as cases of respiratory syncytial virus.

The Winnipeg Regional Health Authority said some patients may have to be sent to hospitals outside of the city, because of the high volume of people affected.

- With files from CTV’s Alexandra Mae Jones and Michelle Gerwing