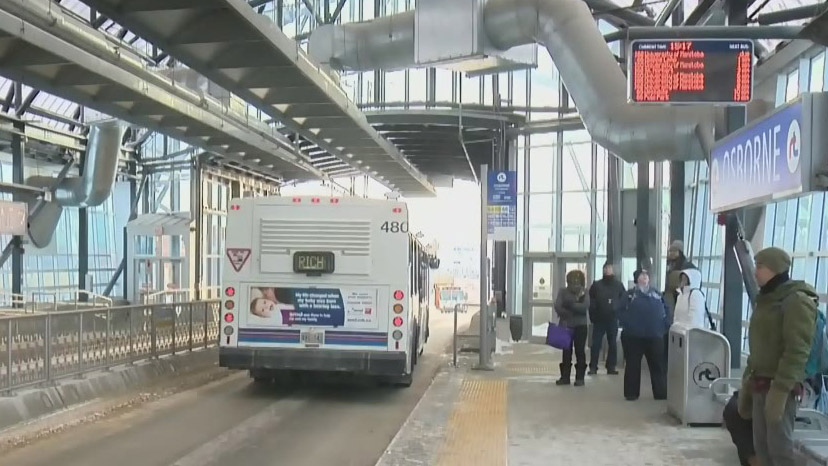 WINNIPEG -- The City of Winnipeg may soon start looking into providing a simplified and fare-free transit system.

Coun. Vivian Santos, who represents the Point Douglas ward, put forward a motion calling on Winnipeg's public service to study both the cost of providing $1 bus fare for all riders while keeping transit free for kids aged 11 and under, and the implementation of a fare-free transit service.

"I personally would like to see fare-free transit for everybody," said Santos.

She feels free bus service would help seniors, families on fixed incomes and those who are struggling with the pandemic. She also said it would help boost ridership numbers as they have been impacted by COVID-19.

"We really need to take the step to get back where we were before."

Santos said transit ridership was down an average of 59 per cent by the end of 2020.

She said a simplified and fare-free system could reduce inequality gaps.

Even though the city has a low-income bus pass, the Social Planning Council of Winnipeg said the pass is still too expensive.

"Moving it down to a dollar per ride puts it in reach of more people and making it free will make it more accessible," said Josh Brandon, who is a community animator with the council.

Coun. Matt Allard, who in the past has pushed for free fares for children, says he is supporting Santos’ motion, but says the city could not do it alone.

"I don't think there's anything wrong with getting the numbers and having the discussion and putting those numbers out there for other governments, other levels of governments to see. I mean even the federal government," said Allard.

Santos said the motion passed unanimously through the Lord Selkirk-West Kildonan community committee and will be sent to the city’s standing policy committee on infrastructure renewal and public works.

She said if the study gets the green light she would like to see the report come back in four months.