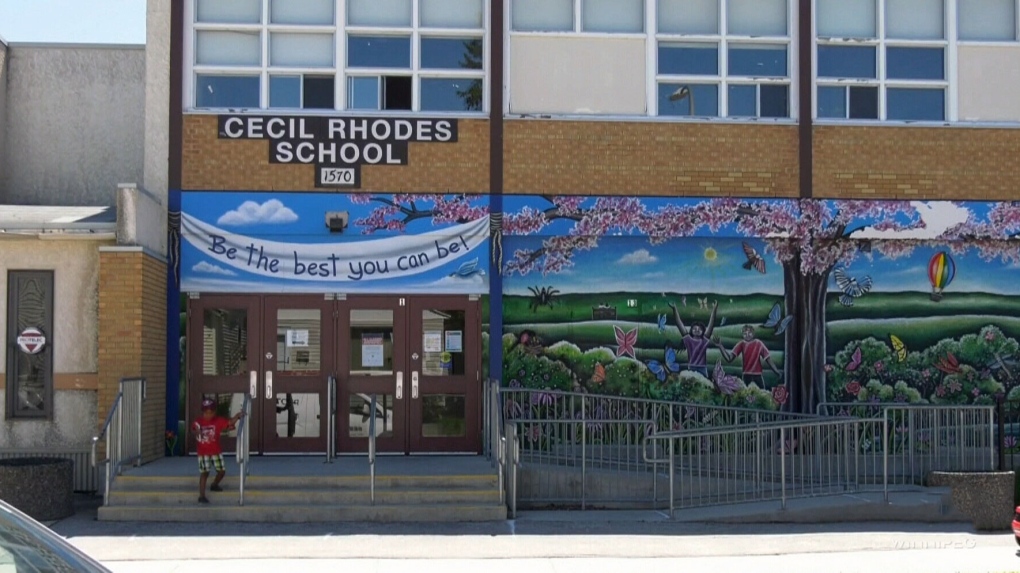 WINNIPEG -- After a petition garnered more than a thousand signatures to change the name of Cecil Rhodes School, the Winnipeg School Division will review the name.

Jennifer Chen, who is the school board trustee for Ward 6, said she put forward a motion for the name change on Monday at a board meeting.

"I'm continuing to communicate with my fellow trustees. All trustees received a presentation yesterday. There were questions asked to the delegations and I think trustees are interested in knowing the community input and what the community members thought on this issue," said Chen.

She added that she wants to see this motion passed, but she also thinks it's important to discuss why the name change is being looked at and understand the history of Cecil Rhodes.

"I want to work with the community to have a conversation on this issue and to see how we can choose a name that will reflect the community. I also hope this discussion will happen in the classroom, so our students can have the opportunity to come up with a name they feel reflects the community."

Chen said now that the motion has been introduced, the board will start debating it in September.

Cecil Rhodes was a prominent 19th-century British figure, who while Prime Minister of the Cape Colony, a British colony, in what is now South Africa, paved the way for apartheid.

- With files from CTV's Mason DePatie