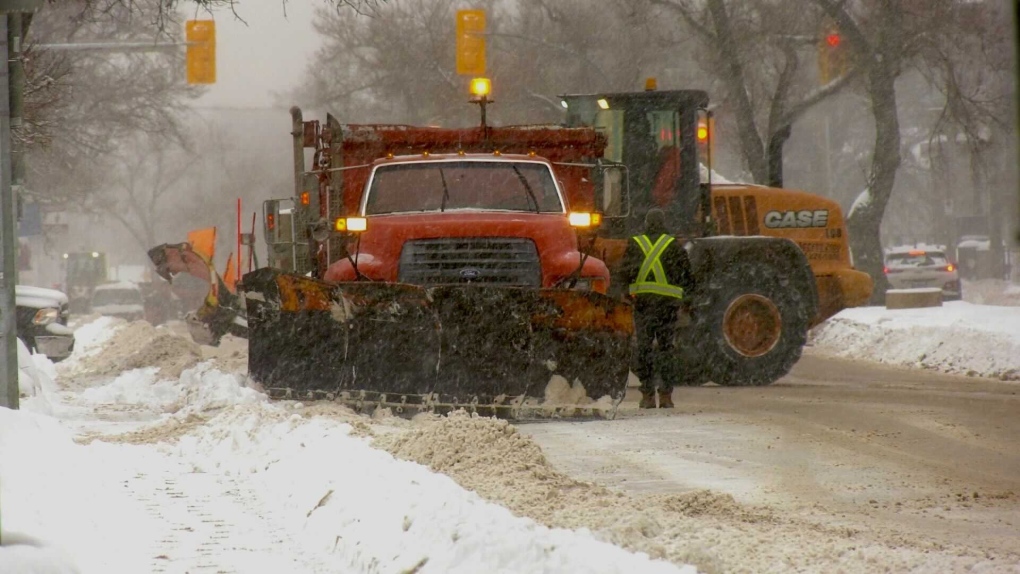 Michael Cantor, the manager of streets and maintenance for the City of Winnipeg, said plows hit the roads around 7 a.m., and are concentrating on priority one routes like Pembina Highway, Portage Avenue, and Kenaston Boulevard.

“Currently we are working at putting all of our attention on our regional streets so that emergency services have clearer streets to cross and drive on, the public as well,” said Cantor. “At some point tonight, we are probably going to switch to priority two streets.” 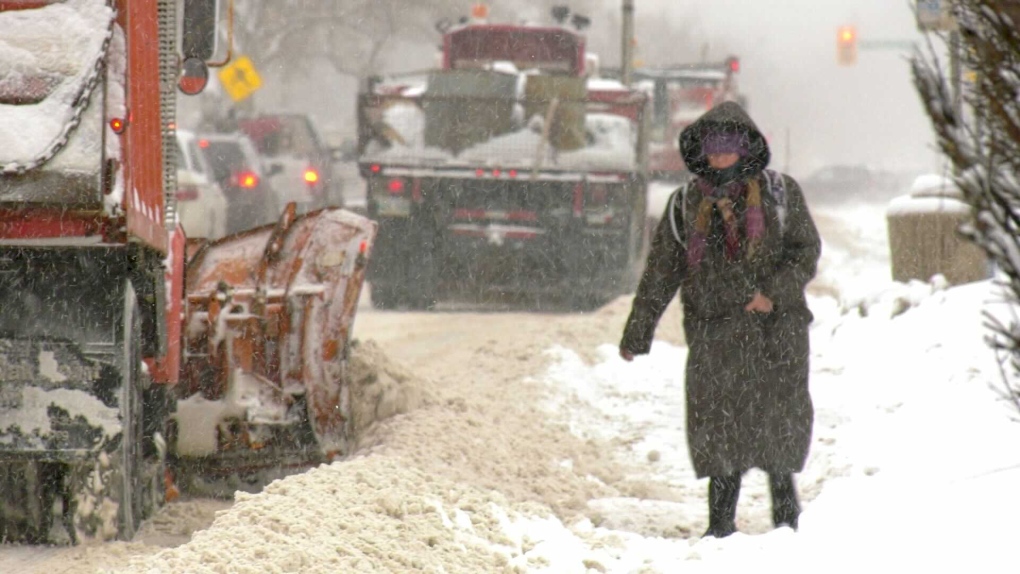 Currently, no additional parking bans are in effect due to the snowfall and residential street snow clearing decisions have yet to be made. That decision is expected later in the week.

“The snow is still coming down. We’ll need to see the conditions, whether they’re passable, how many bad spots are out there, and we’ll be addressing trouble spots anyways throughout the whole network in the next few days,” Cantor said.

The operation is considered major by the city, according to Cantor, which usually triggers a citywide snow clearing effort.

“This will not be a one-day operation,” said Cantor. “With the winds, we’ll have to re-plow everything we plowed today.

Cantor noted road conditions are not great and cautioned drivers to slow down and be careful around the snow clearing equipment.

Environment Canada has a winter storm warning in effect for the Winnipeg area and is forecasting high winds and more snow later today. Blowing snow is expected to reduce visibility, even within the city.