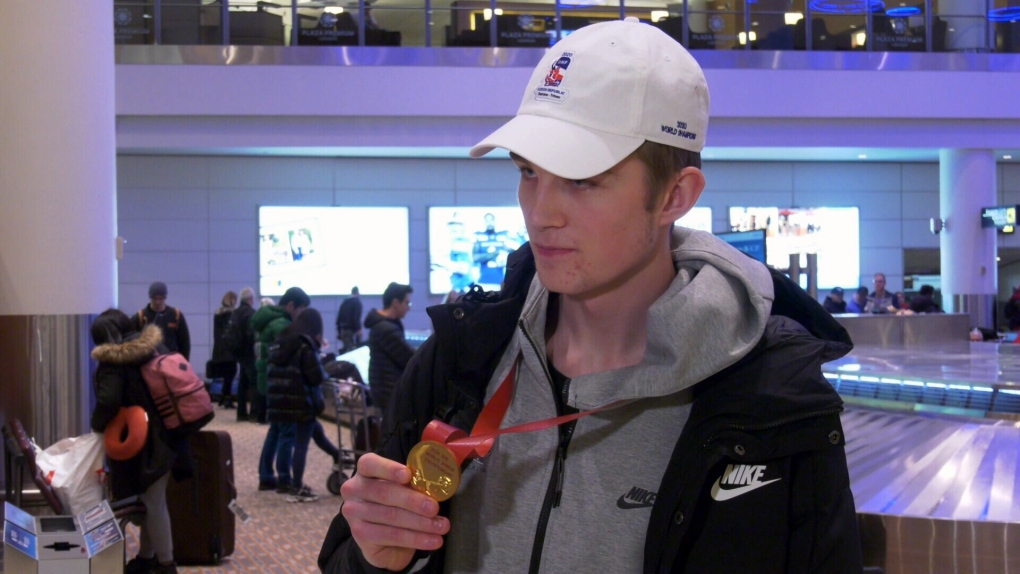 Nineteen-year-old goalie Joel Hofer didn't stand out from the other passengers grabbing their luggage at the Winnipeg Richardson International Airport on Monday night – save for the gold medal hanging around his neck.

"Obviously the hockey gods were on our side," said Hofer. "That was definitely the biggest game of my life."

Hot off the heels of a 4-3 win against Russia, leading to the World Juniors championship for Canada, Joel Hofer returned to Winnipeg Monday night for a three-day break, before heading off to continue playing hockey with the Portland Winterhawks.

This was the first time Canada has won gold at the World Juniors for an overseas tournament since 2008, TSN reports. 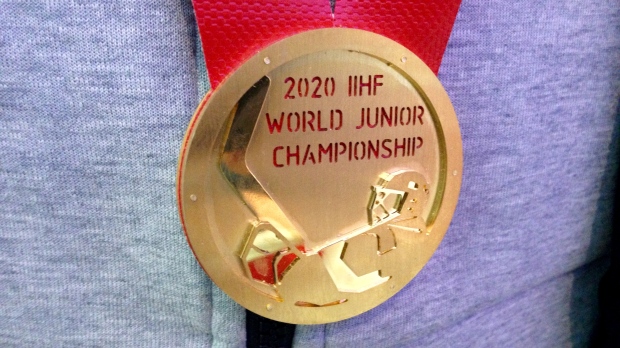 Canada has won gold at the World Juniors for the first time at an overseas tournament since 2008, TSN reports. (Source: Scott Andersson/ CTV News Winnipeg)

"Our team kind of handled adversity throughout the whole tournament. I think we did a really good job," said Hofer, who was named the best goaltender in the World Juniors in 2020, with a perfect 5-0 record and a save percentage of .939.

"I think that last game showed that we never gave up at all throughout the tournament and I think we got rewarded for it."

Hofer, who was born in Winnipeg and grew up playing hockey in the city, said he is thankful for what he called the ‘once-in-a-lifetime’ opportunity. Though his nerves were running high, he said he went on the ice to play the game and have fun.

He said he models his playing after Montreal Canadian goalie Carey Price.

"I just like how calm and poised he is, and I think that kind of translates to his teammates," Hofer said. "Just having that presence on the ice can kind of shift the mood of the game and kind of calm things down if everything's too crazy."

Now, the jetlagged champion said he intends to catch up on some sleep and spend time with his family before hitting the ice again on Friday.