WINNIPEG -- The City of Winnipeg said it collected 1,774 tonnes of wood debris following the early winter snowstorm that wreaked havoc on an estimated 10 per cent of city-owned trees and countless others on private property.

That number was current as of Tuesday and represents how much wood debris came into 4R Winnipeg Depots, the Brady Road landfill and the Summit Road Landfill, which was opened by the city to help cope with the post-storm influx.

The city released aerial footage of a massive pile of branches at the Brady Road site, noting residential customers have made 12,000 visits to waste facilities to drop off wood debris from the storm.

The City of Winnipeg said it collected 1,774 tonnes of wood debris following the October snowstorm.
Here's what it looks like from above: pic.twitter.com/FGSh9Xl3G8

“We want to thank all the residents who have, and continue to safely deposit storm-related wood debris at one of the City’s designated sites,” said Michael Gordichuk, manager of solid waste for the City of Winnipeg, in a news release.

The city reminded residents to properly secure loads of wood debris before transporting it. As of Monday, RCMP said it ticketed five people under the Highway Traffic Act for having unsecured loads.

Wood debris to be reused

The city said after being processed, the wood collected will be reused in a number of ways, such as being ground down and mixed with biosolids to create a soil-like material, or being broken down into chips for use in compost.

For help on how to deal with debris from fallen trees and branches, the city is directing people to its storm response web page. 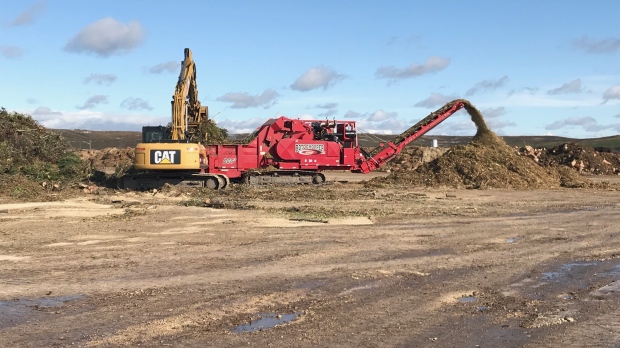 A view from the ground of tree debris at Brady Road landfill. (Mike Arsenault/CTV News.)