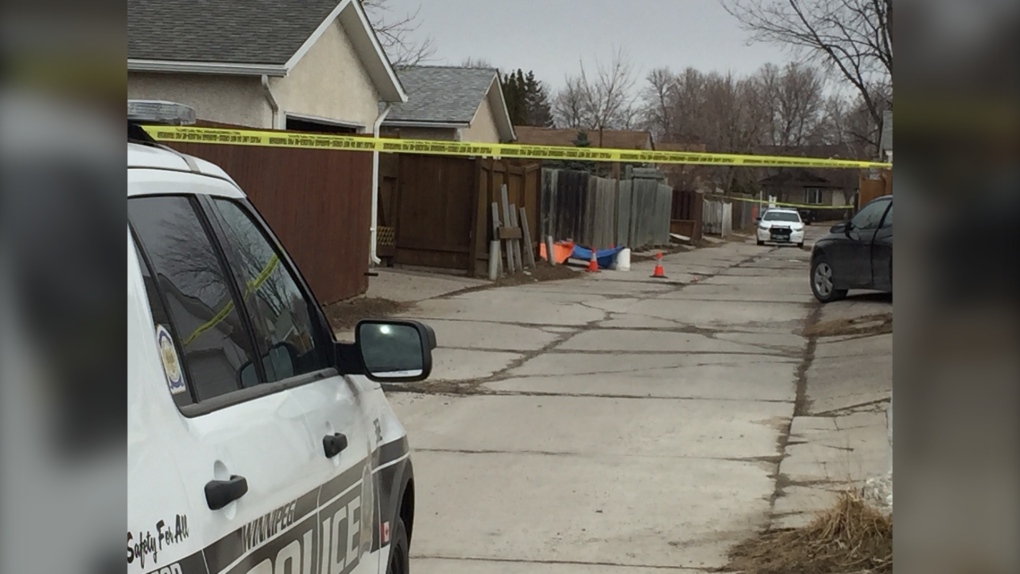 WINNIPEG -- A 16-year-old male has been charged after an officer-involved shooting on Saturday.

Police originally responded to a gun call around 4 a.m. on April 18, in the 200 block of Adsum Drive.

Officers were told a man, who was taking out his garbage in the area, was confronted and assaulted by two suspects who were armed in an apparent robbery. Police said the man was able to get away and call 911.

Shortly after that incident, police received another call about windows being broken at an apartment building in the same area.

Officers began to search the area and just before 4:20 a.m. police found two suspects near Pipeline Road and Adsum Drive.

Police said during the encounter an officer fired their weapon. Officers started to perform emergency first aid on a 22-year-old man and he was eventually taken to hospital where he later died.

A 16-year-old was also taken to hospital with minor injuries.

• Using an imitation firearm during the commission of an indictable offence;

• Possessing a firearm, restricted/prohibited weapon or ammunition contrary to a prohibition order; and

• Two counts of failing to comply with a sentence.

Police said he is currently in custody. The charges against him have not been proven in court.

The Independent Investigation Unit of Manitoba has taken over the investigation.